Oh, San Francisco, one of the world’s most photogenic cities.  After living there for several years during my time in college, I’d have to say it’s the diversity of this city that makes it so beautiful, and at times even sexy.

After reading that I’m sure someone will comment on the hoards of hobos laying waste wherever they please… and while the tech industry moving in has caused a drastic shift in affordability here – San Francisco just wouldn’t be the same without its residential hippies and beatniks.  Thanks to the rich history of this city, you’ll be wanting to snap photographs around every corner you turn.

As you can see in the image above, Chinese culture is strong in San Francisco with over 20% of city’s population being of Chinese descent.  This makes for some awesome places to get your grub on without putting a dent in your wallet. There were times that I was in actual China that made me realize how authentic the one here in SF really is, complete with ginseng shops and parks full of little old people playing mahjong – this is the largest Chinatown in the Nation. 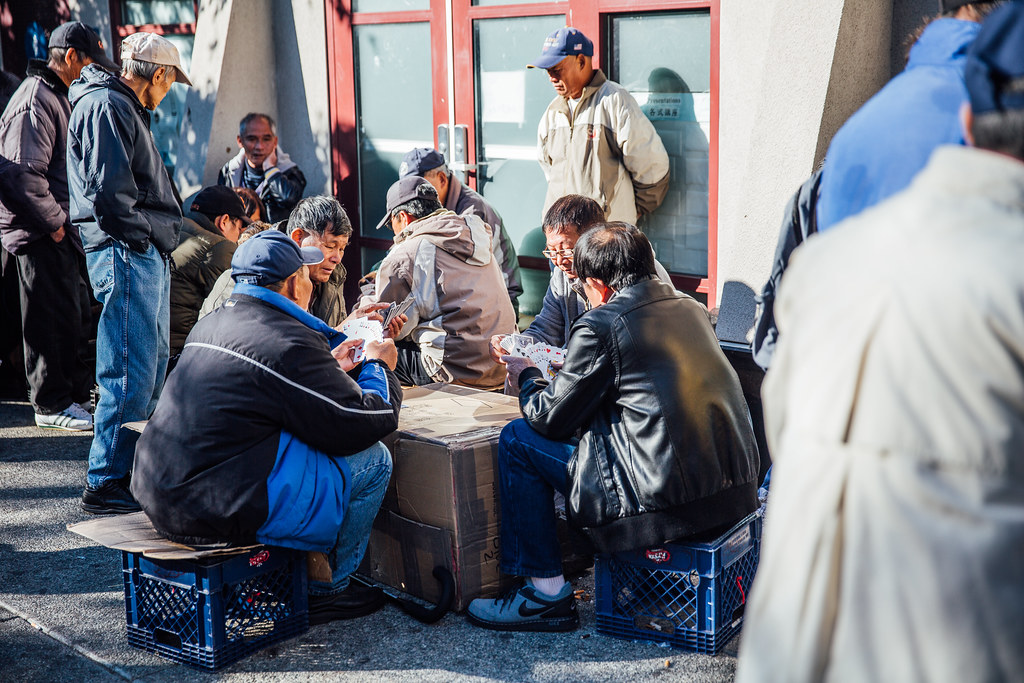 Head to Portsmouth Square on the westside of Chinatown (Kearny Street) for some candid shots like these. But be warned: if you’re not subtle they might yell at you for taking photos of them gambling.

2. Murals in the Mission 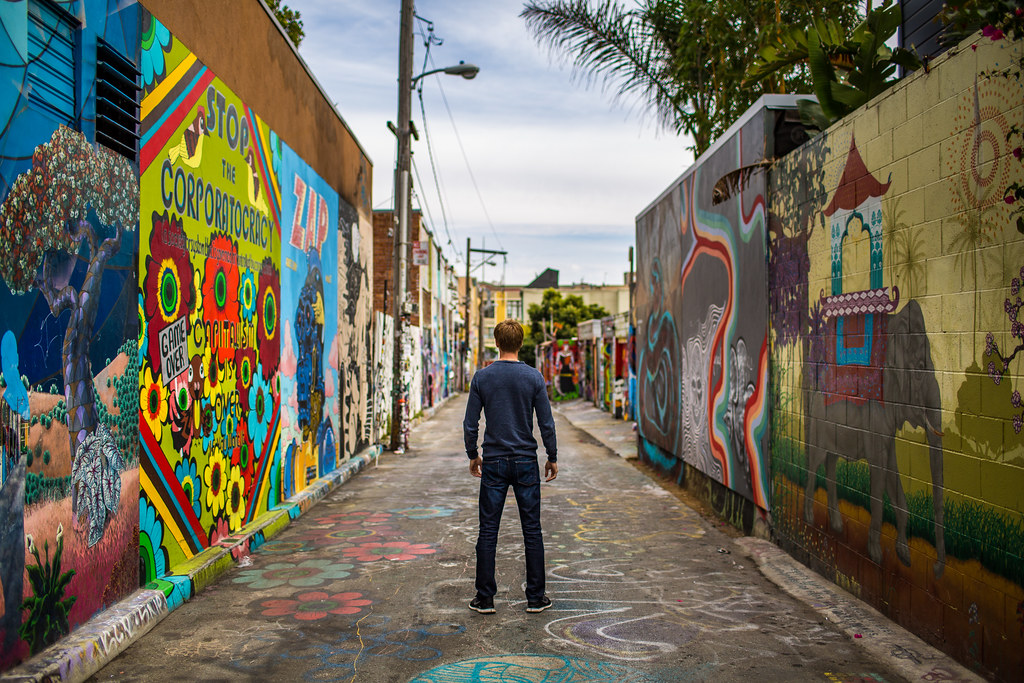 THE place to hangout when I was going to school here was the Mission District, it’s covered in street art murals that are always changing.  This is also a great area to find some quirky and eccentric shops like Paxton Gate and 826 Valencia Pirate Supply Store.  After your photoshoot and shopping grab a drink at one of the hip bars (The Phoenix or The Sycamore for example) and top off the evening with a plate of tacos – seriously, do that last part. 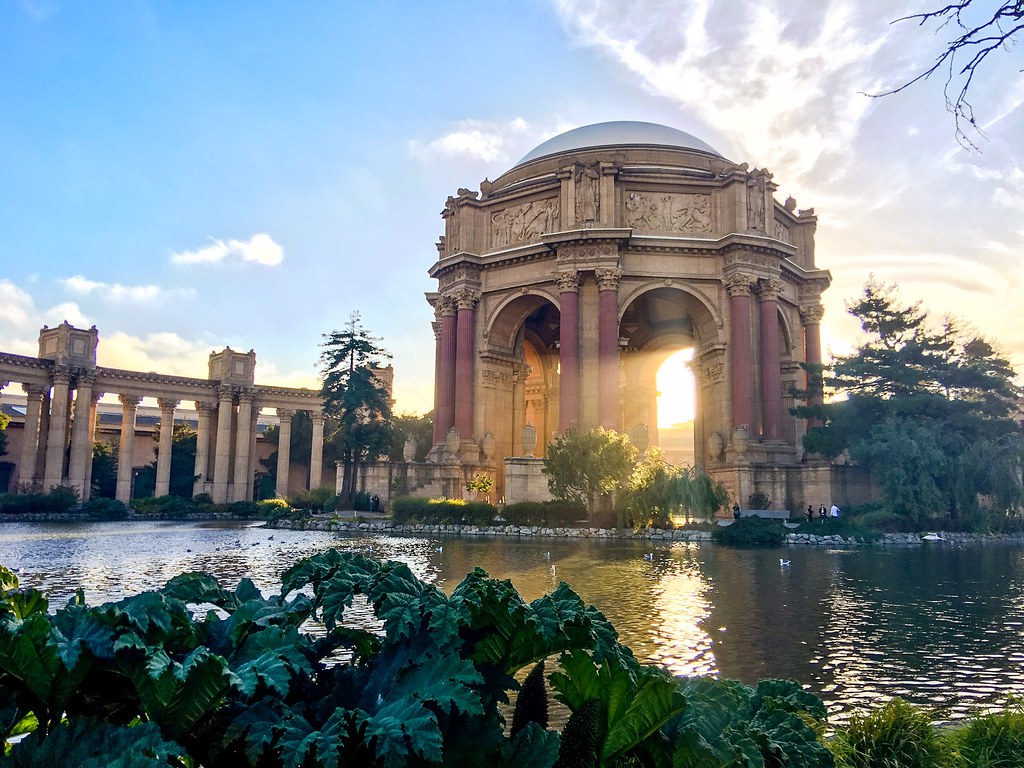 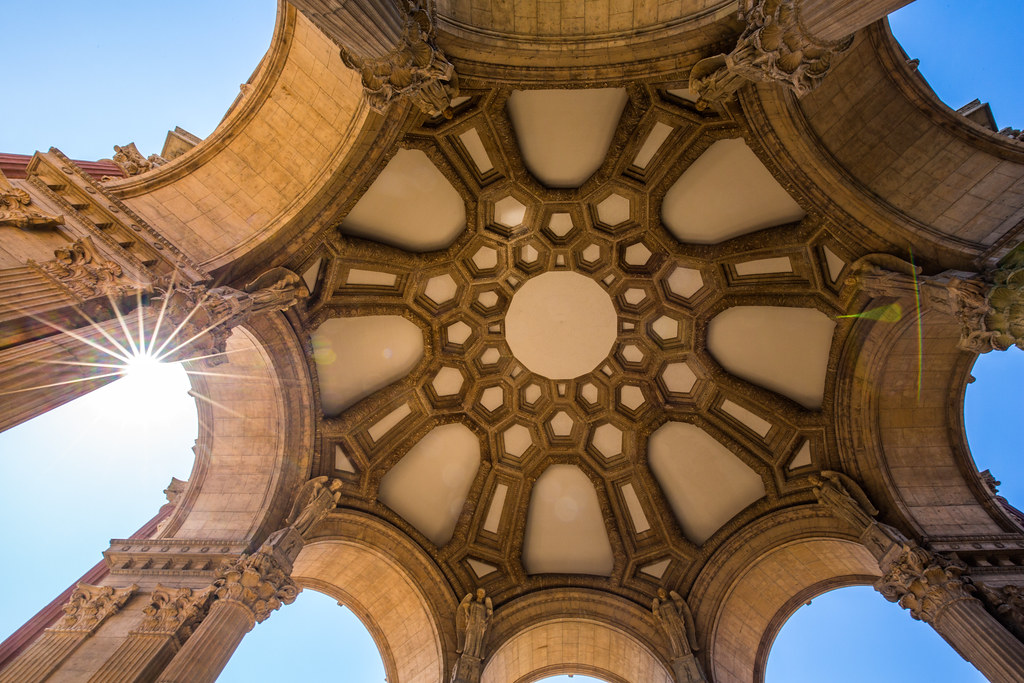 Alright, so everyone’s familiar with the Golden Gate Bridge but if you want people to know you’re in San Francisco, let them know by posting an icon that’s even MORE BEAUTIFUL – The Palace of Fine Arts.  There’s honestly no bad angle you could get of this elegant rotunda, but for the best shots we recommend going in the golden hour – just before sunset.

So this is where most blogs would tell you to head to Alamo Square, but if you’ve been reading our posts long enough you’ll know we’re NOT like most blogs! This is where I’m going to tell you of an even more hip place and thy name is: the Outer Sunset! 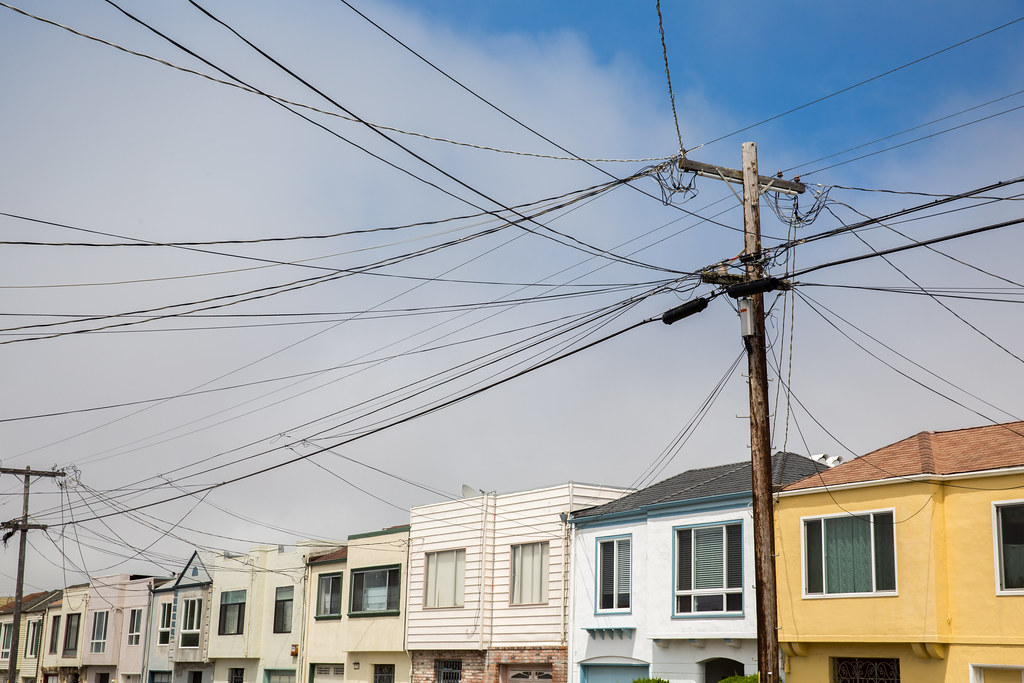 I mean if you haven’t seen the Painted Ladies at Alamo Square then totally take a picnic to the park nearby and pretend you’re from the Tanner family (cue the milkman, paperboy, evening tv theme song). 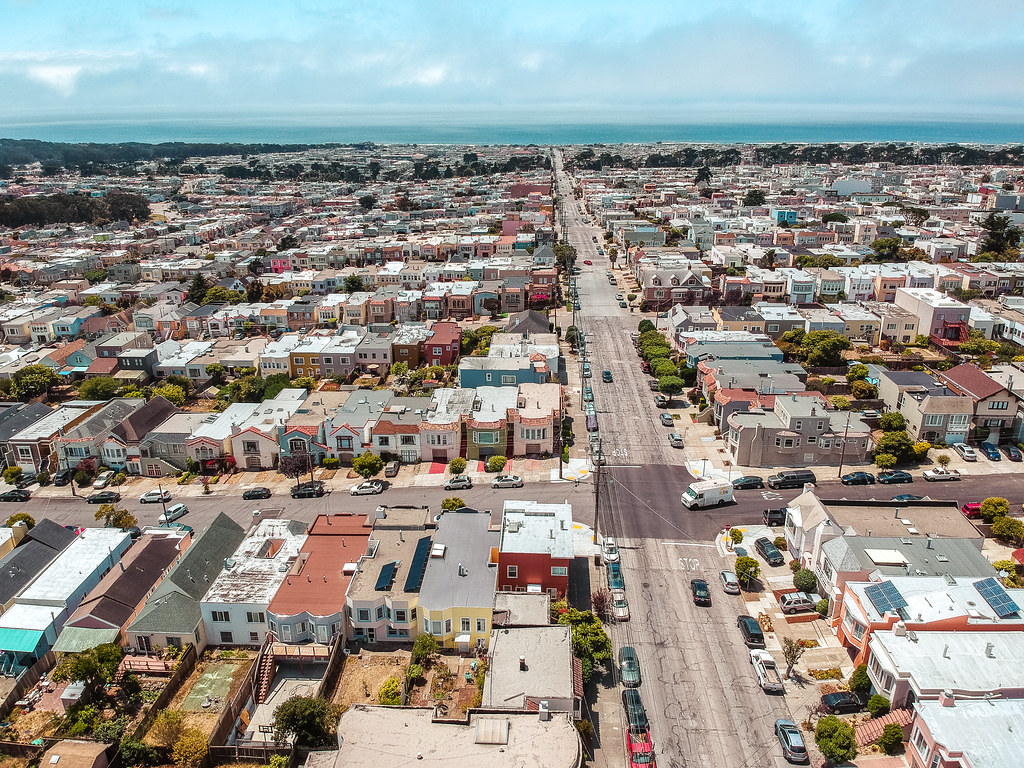 But if it’s not your first time in SF and you’ve done all the touristy stuff definitely check out the cute houses in the Sunset.  This is where a lot of us lived during our time at SF State University and it was really convenient to take the 29 Muni bus to friend’s houses after class.  Ocean Beach is nearby and best of all you’ll appreciate how empty the streets are here.  Head to Noriega or Taraval street to get some lunch! 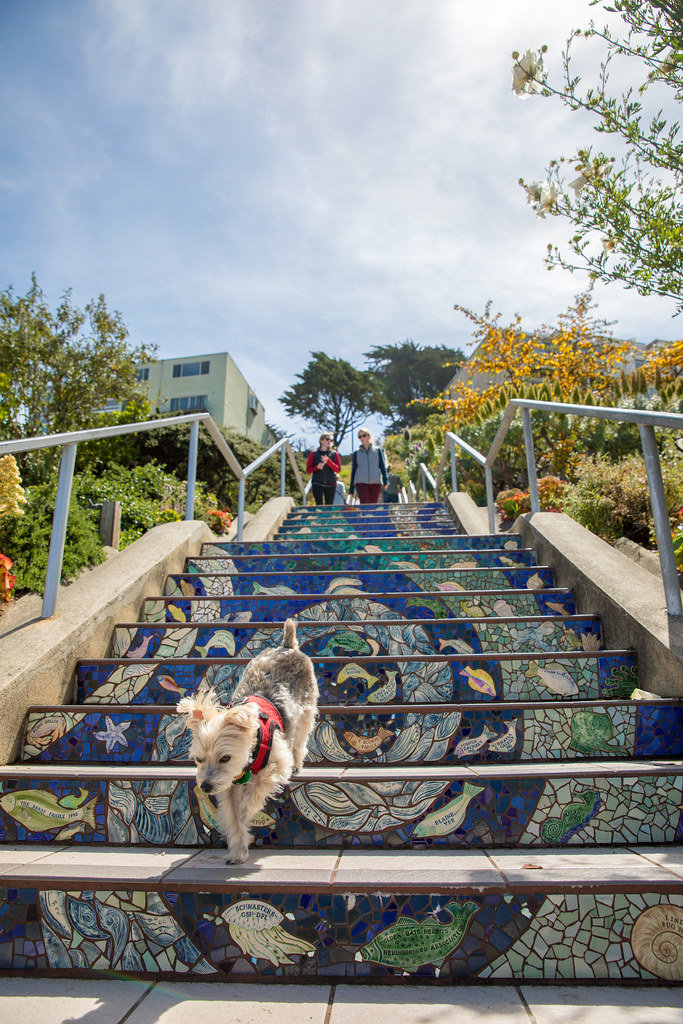 While in the Sunset, head over to the Moraga Steps to get an awesome background for your selfies.  More people are finding out about these steps all the time it seems – as it keeps getting a little more crowded each time I go.  You should still be able to find parking in the neighborhood though. 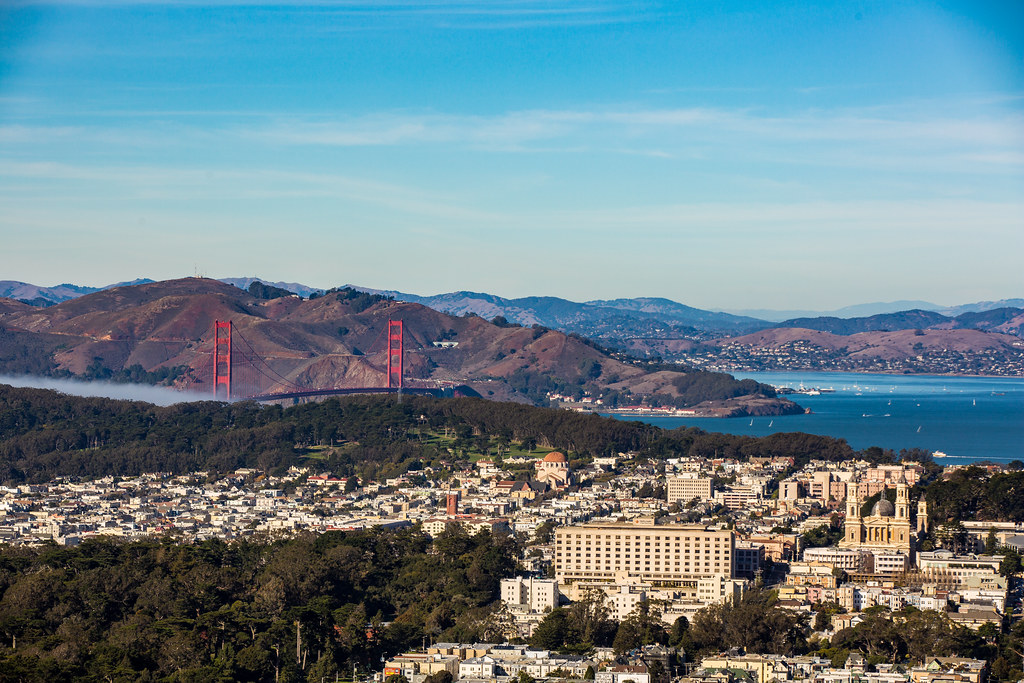 Climb to the very top of the hill that these steps lead to (Grandview Park) for some great shots of the Golden Gate!

From the steps keep heading north down 19th Avenue and you’ll find yourself entering Golden Gate Park.  When the city got too overwhelming for me during college, I’d always run away to this park to clear my head.  I think I also really liked how easy it was to find parking there.  For the best photos head to the northwest section of the park and you’ll find the ever-magical looking Conservatory of Flowers.  It was built in 1879 and it still holds a lot of that old world charm!  Last time we were there a jazz band was practicing in a nearby tunnel (for the acoustics) adding to the all around magical feeling of the place.

While in Golden Gate Park remember to also check out the Bison Paddock as well as the Dutch Windmills which can be found on the opposite side of the park.  I also recommend a walk around Stow Lake, near the De Young Museum and Academy of Sciences. 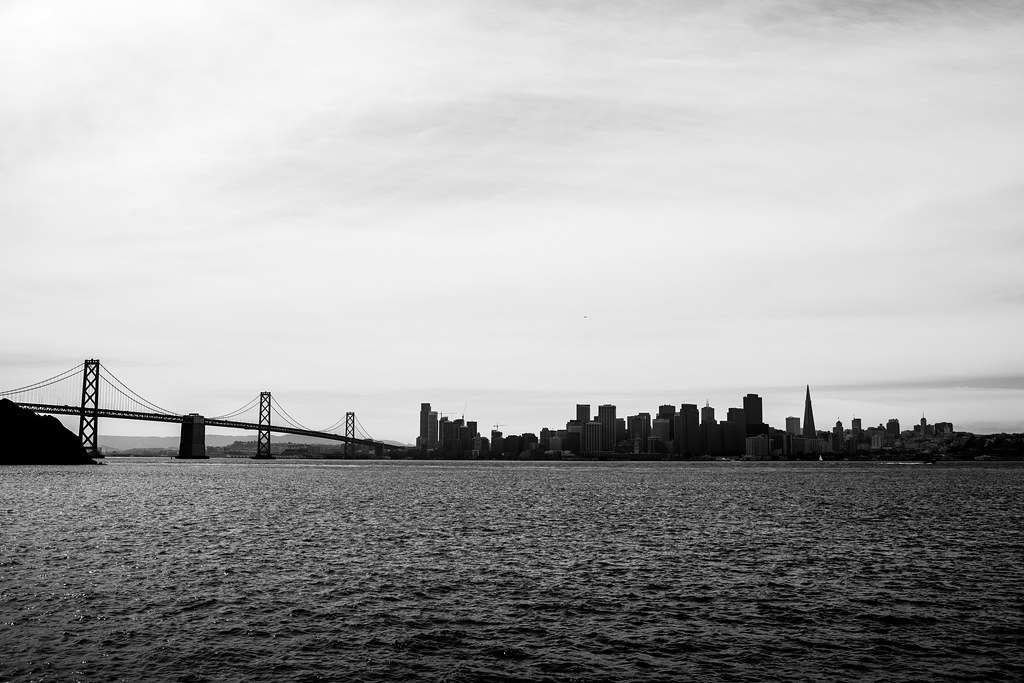 For sick views of the city skyline, stop in the middle of the Bay Bridge at Treasure Island. The island itself was manmade for the 1939 World’s Fair and it still stands as a California Historical Landmark.  If you’re in the city on the last weekend of any month, make sure to visit Treasure Island then for the Treasure Fest Flea Market!  It’s $5 to get in, but even if you’re not really into shopping for antiques there’s plenty to do here including: food trucks, live music, and cocktails. 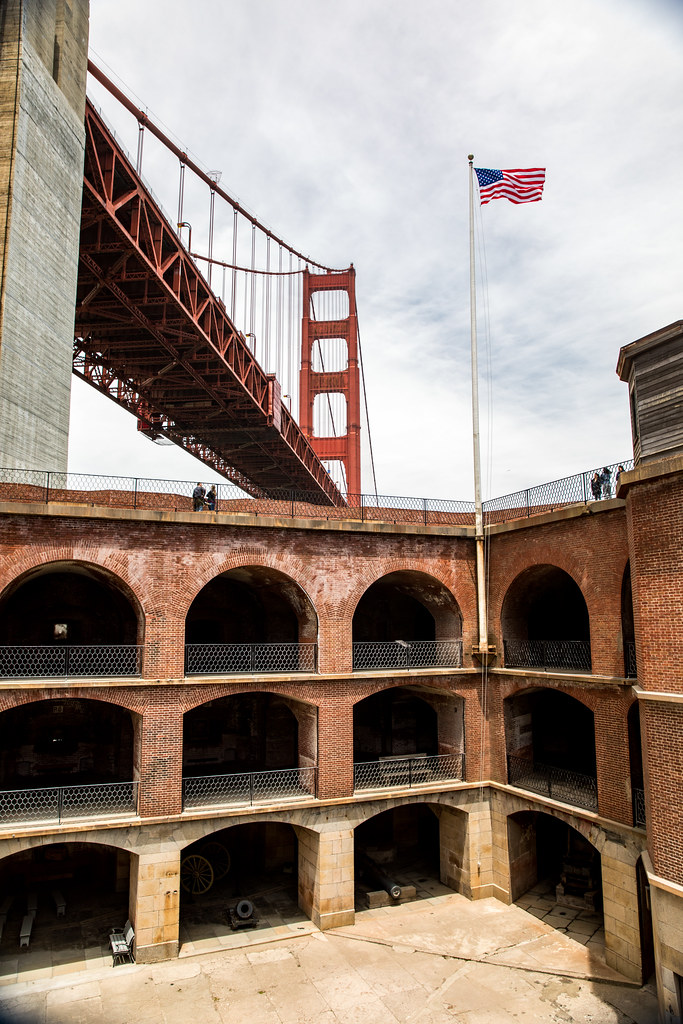 Okay, okay, so I know earlier I told you to just get over the Golden Gate Bridge, but one view of the GGB not too many people know about is Fort Point, which was actually built BEFORE the bridge was even there!  It was originally used during the Civil War, construction started on the fort in 1853, and it has survived all of San Francisco’s large-scale earthquakes.

It is a National Park but they only ask for donations upon entry and they even have FREE PARKING!  The Fort is open Friday through Sunday from 10am to 5pm, it’ll also be closed on any major holidays.  I recommend bringing a strong jacket when visiting this location as the wind was REALLY strong in this area during our visit!

Even after finishing this list, I can still think of a handful of more places to share with you so make sure to follow and stay tuned for more!  If you want more information on SF right now head to our other blog posts on the city!

For even MORE insight on SF, check out our new video! Just click the image below: