Last July I had the “bright idea” to visit my aunty who lives near Phoenix, Arizona.  When I told her we were planning to come see her she responded by saying, “God, WHY?!”

Truth was, plane tickets were dirt cheap, and when we got there we found out why.  I’m all about desert scenery, it’s actually one of my favorite landscapes – and after living in Florida I see myself as someone who’s pretty used to the heat.  But 120 degree bone-dry heat of Arizona is nothing to be messed with.  Every time you step out the door it feels like you’re in an oven – it was like being a muffin that’s been baking for much too long. 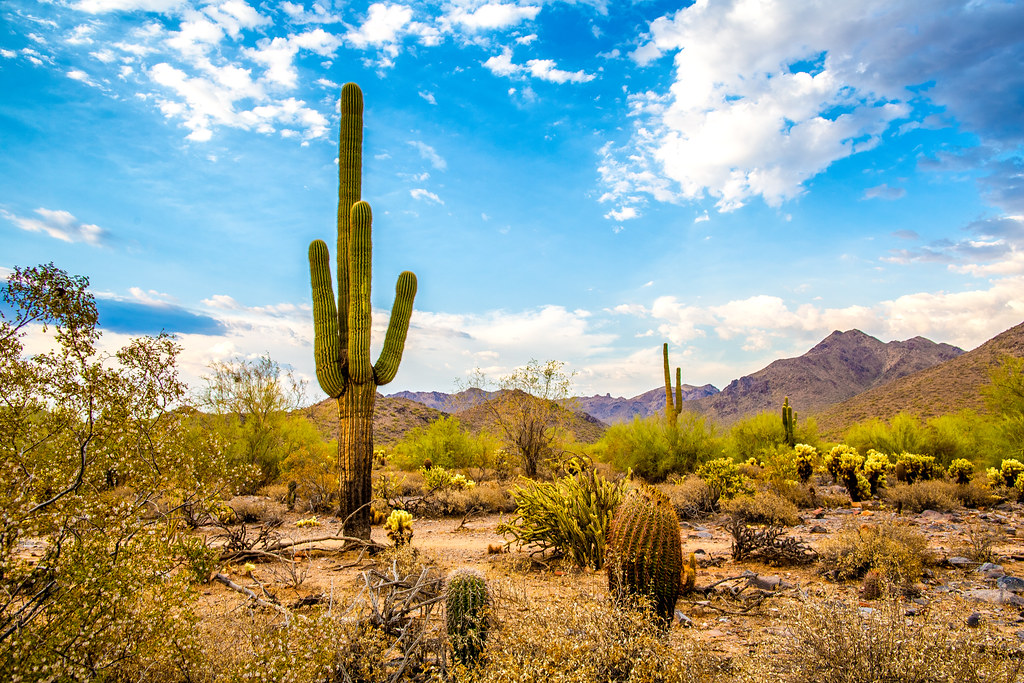 It all seemed worth it for views like this… the red mountains, the various types of cacti growing all around.

We had my mom with us and she really wanted to see Sedona, we had gone before… but that was about 20 years ago so it seemed like it was time to go back and get a look at the red rock.  We left our hotel fairly early and it was about a two hour drive to Sedona from Phoenix.  That being said by the time we got there it was the afternoon.

We found a beautiful trail in the Coconino National Forest and decided to see how far we could walk down it.  About halfway my mom decided it was time for her to stop, but for whatever reason, I just wanted to keep going – ANOTHER BIG MISTAKE.  Fabian and I were going to make our way fully around the mountain to get back to the car and pick up Mom who was waiting in a small patch of shade. 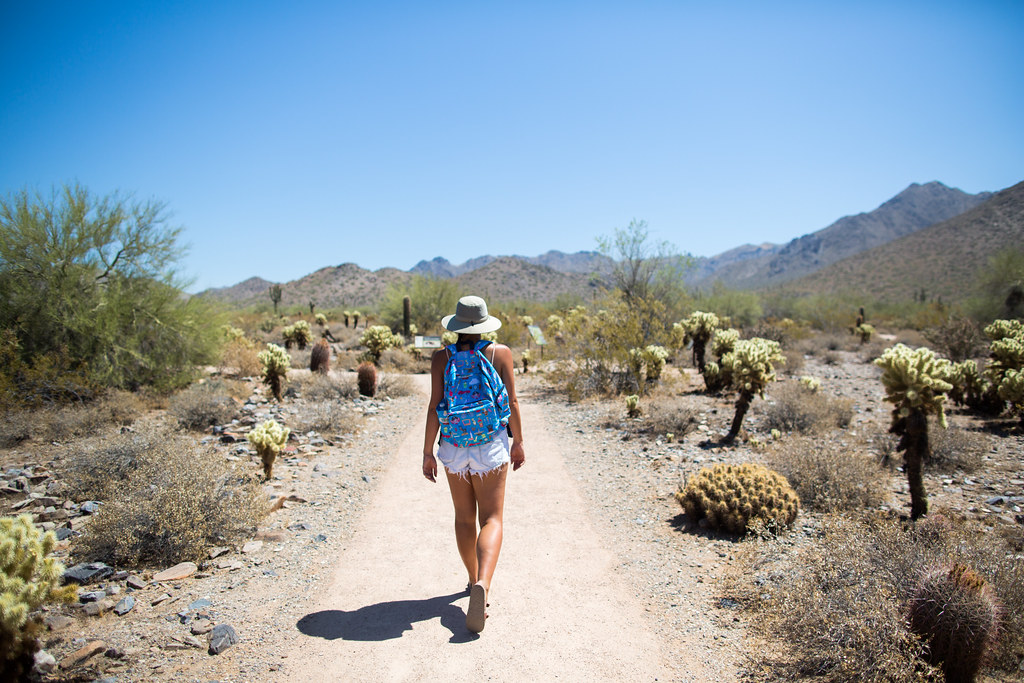 I wore a hat that day, trying to protect my delicate face-skin from the harsh sun, but my head was getting really hot… Slowly, it felt like my vision was fading to black and I had to take a little break sitting on a rock (because if I had sat on the ground I probably would’ve gotten stuck by prickly bits and thorns from the cacti).   The only water we had on us had gotten pretty warm, so even drinking that felt a bit risky.  As Fabian went the rest of the way for the car I shuffled my way back to Mom who promptly greeted me with a “told you so.”

I’ve never appreciated car A/C more than I did the moment Fabian found us again… even if the metal of the car’s seatbelt scorched me on the way in – I was happy to be alive. 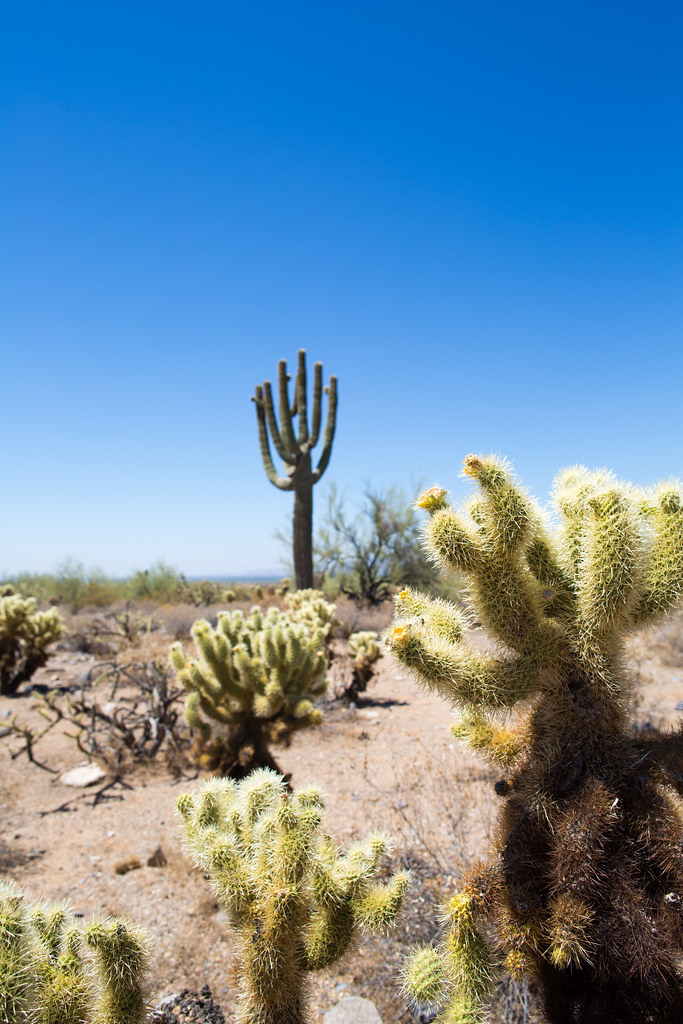 We made our way to the closest mini-mart where I bought two Glacier Freeze flavored Gatorades.  The cashier told us to do all our hiking in the morning time and to never go out in the afternoon heat.  I responded by immediately chugging my Gatorades. 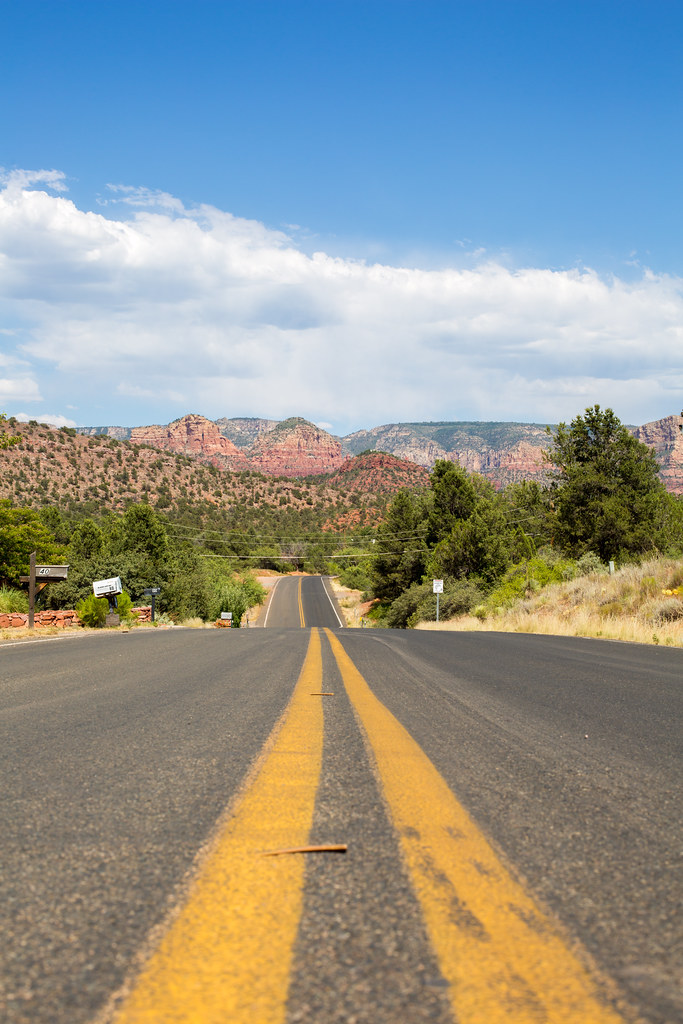 So, take it from me and that mini-mart cashier lady – if you plan on doing any hiking in Arizona (especially in the summertime) get it done as early in the day as possible! And if you wear a hat, remember to let your head breathe every once in a while.

Oh, also, Glacier Freeze is the elixir of human life – have it on you at all times during your trip.