As we are on a mission to conquer every theme park in Florida, the next on our list to visit was Legoland in Winter Haven, about an hour drive from Orlando.  If you’re staying in Orlando and wish to visit Legoland there is a shuttle that runs there from International Drive (home of the Orlando Eye). 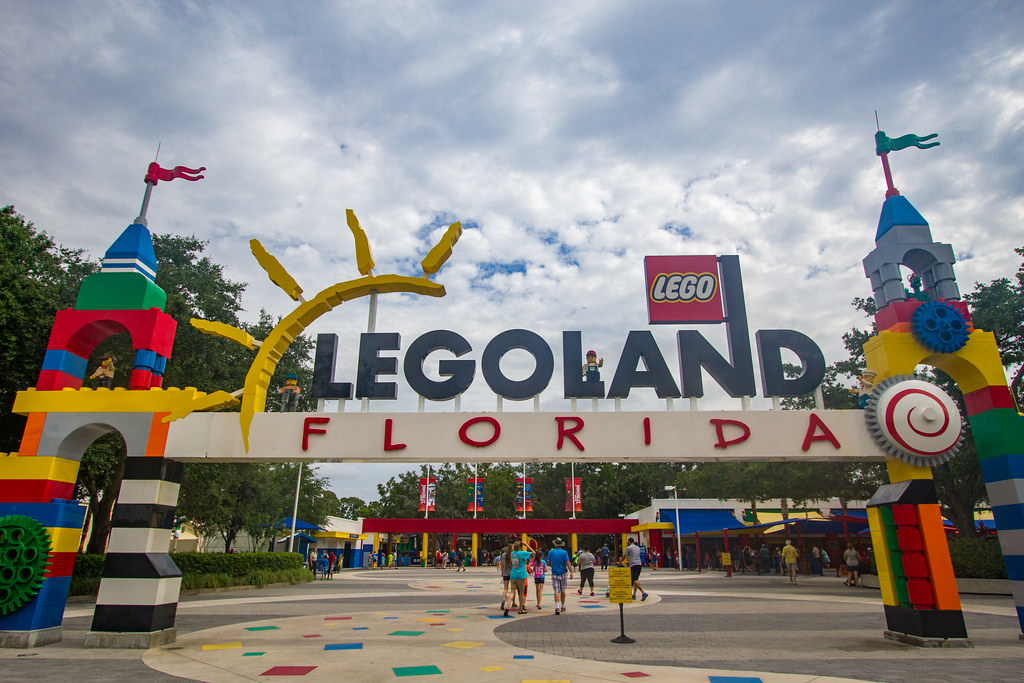 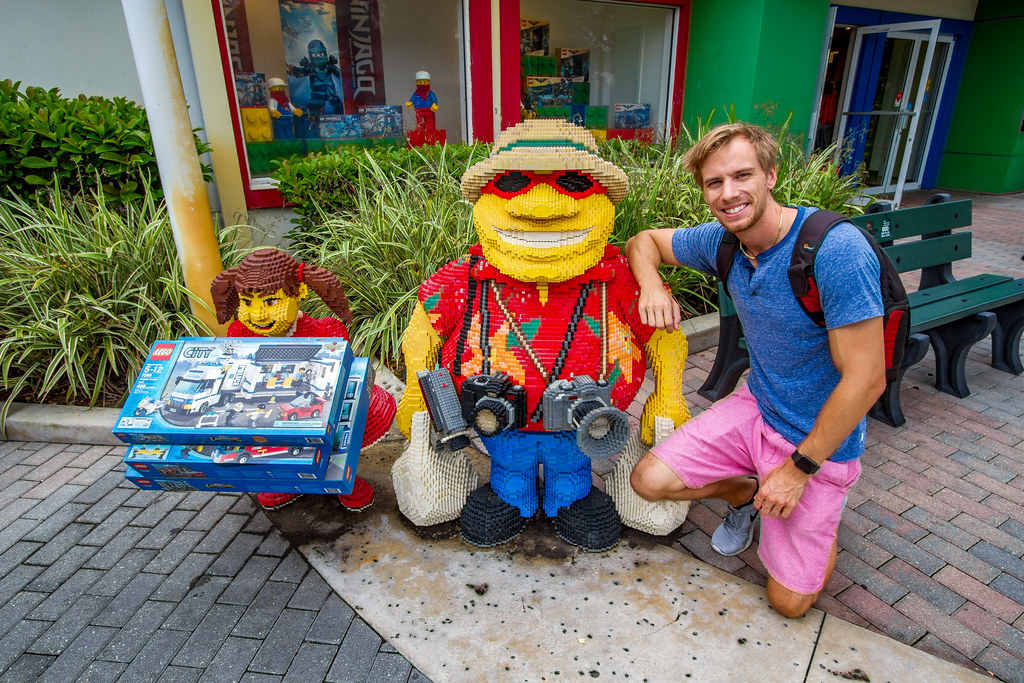 Walking in to the park really did feel like shrinking down and entering a world made of toys.  The park is split up by its different franchises including: Duplo, Legends of Chima, Ninjago, and Friends of Heartlake City.

The theming was really up to par in every land, a few being reminiscent of Disney, like the medieval castle area and an Egyptian themed land of adventure. 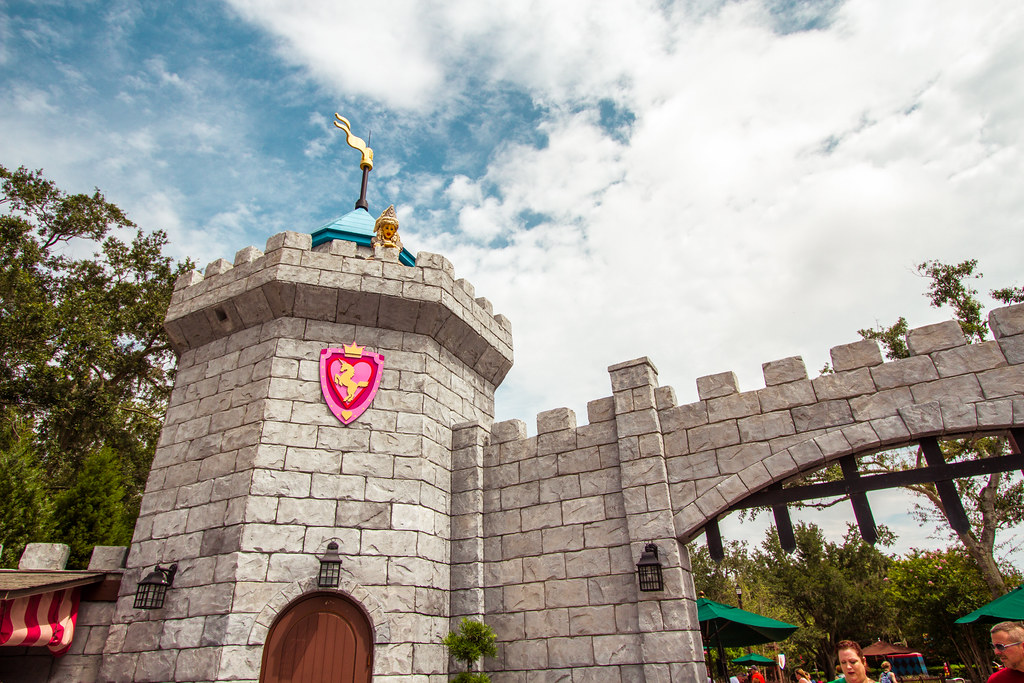 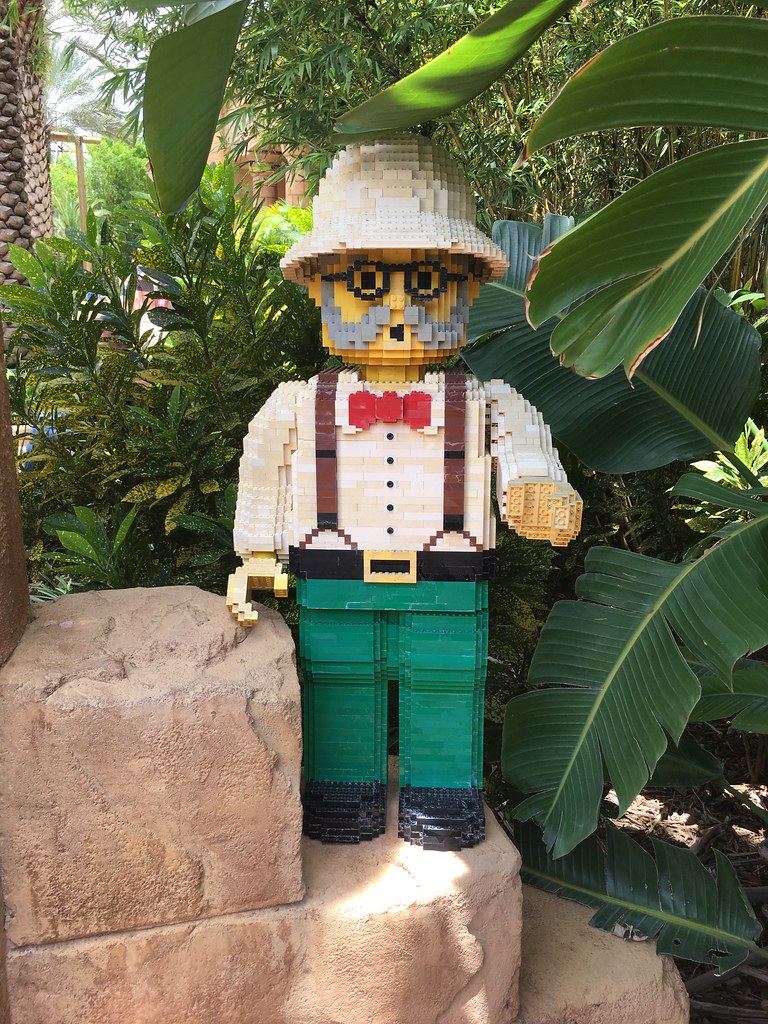 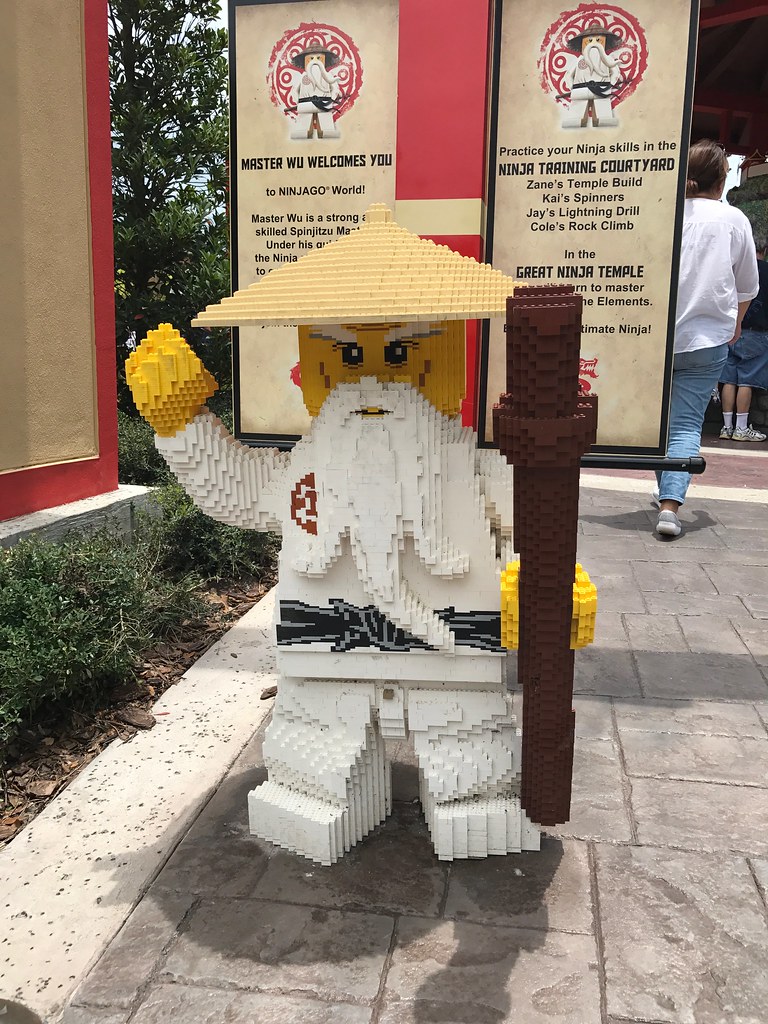 Upon our arrival I was most looking forward to the dioramas made of Lego bricks.  They were all so impressive and your bound to find a familiar city as the replicas range from New York and San Francisco to Key West and Washington D.C. 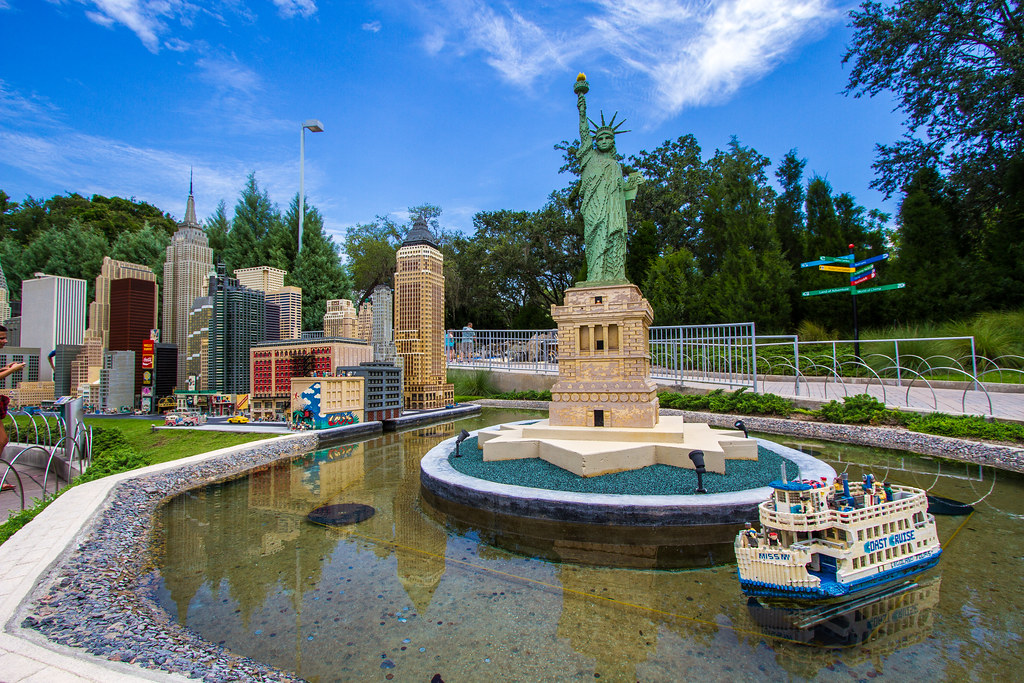 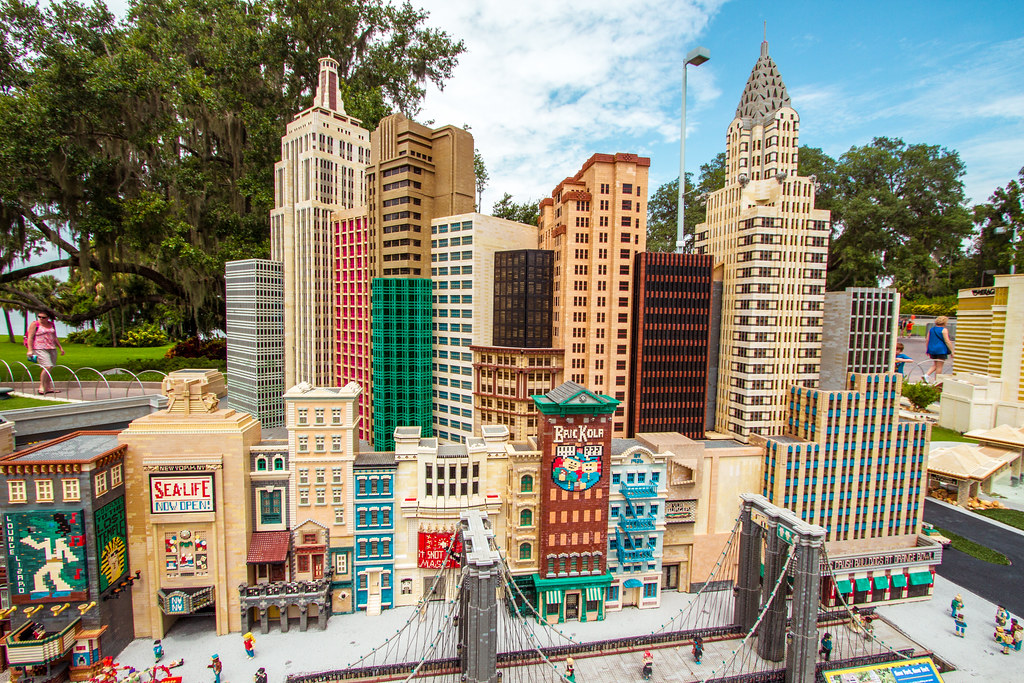 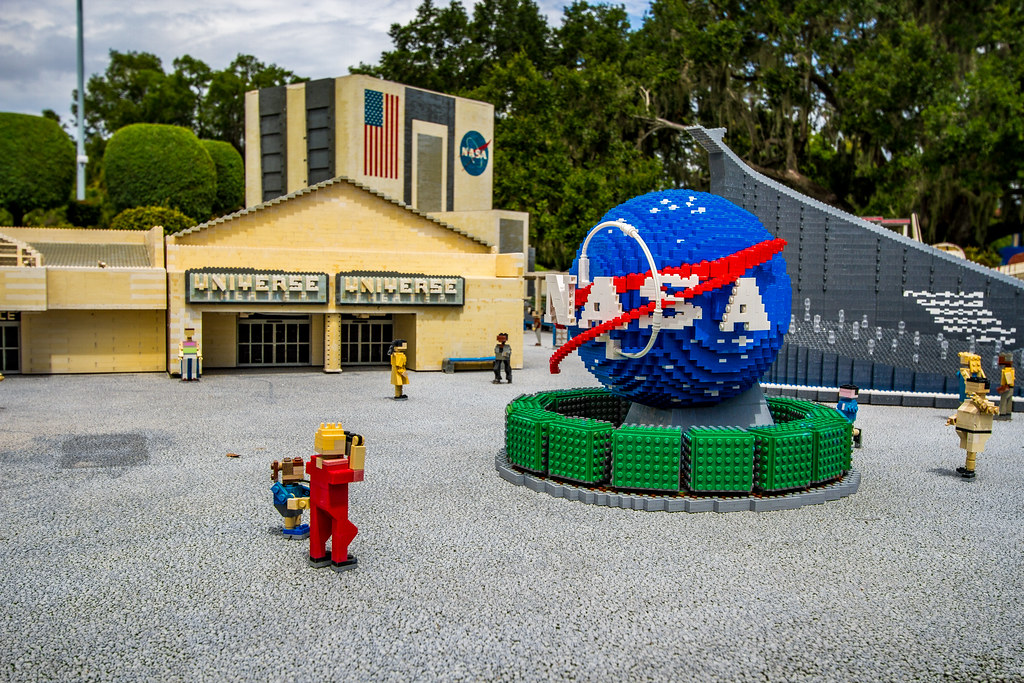 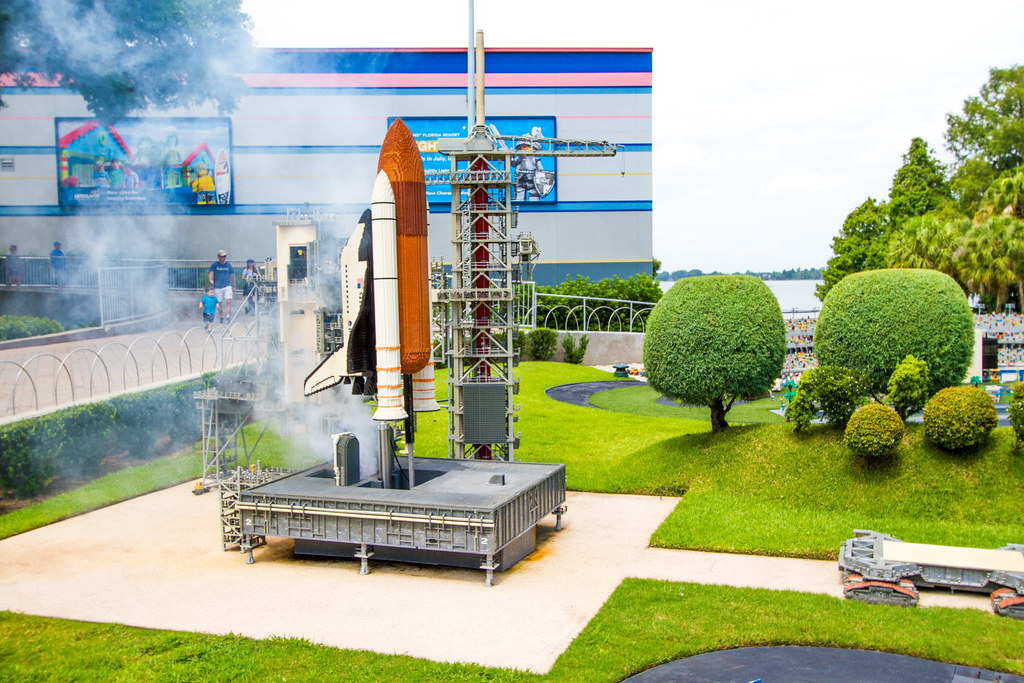 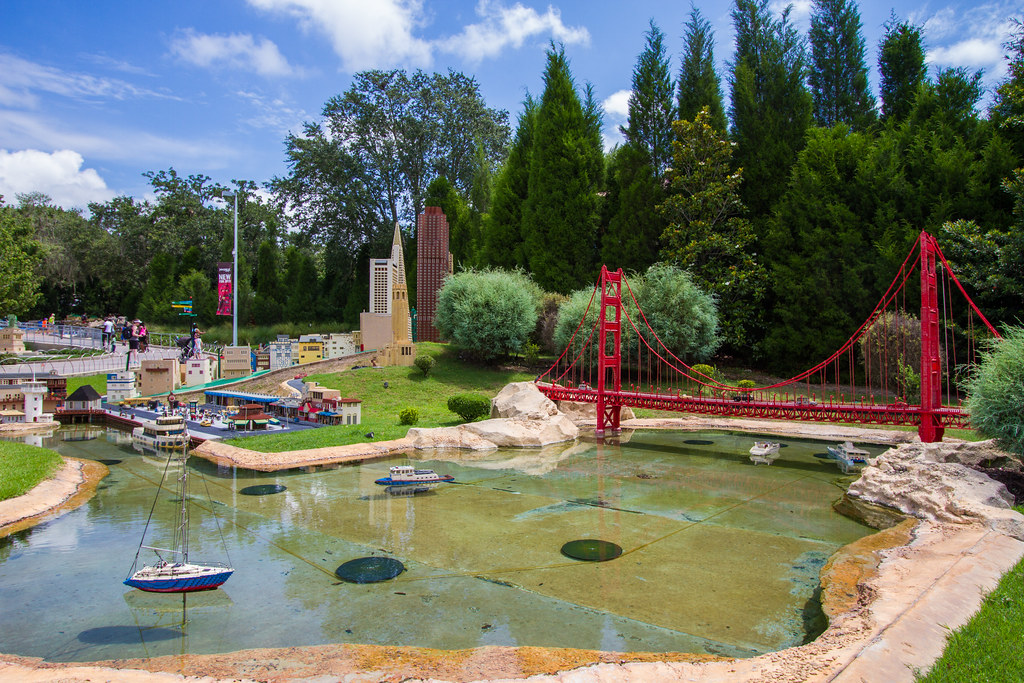 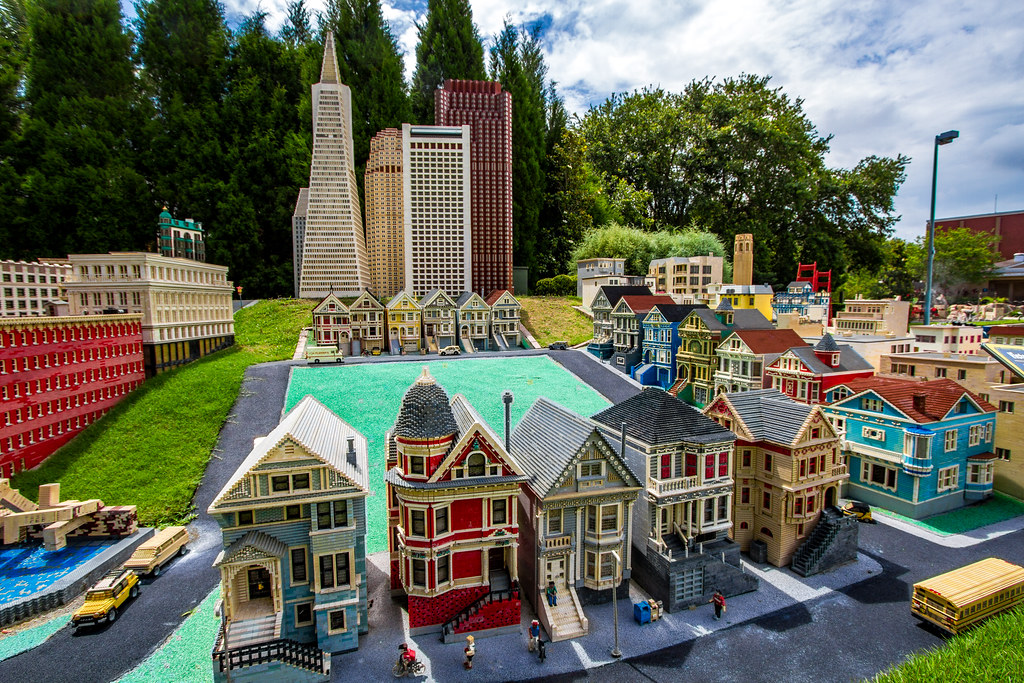 And of course there’s a Star Wars section, as everyone seems to be a fan of these sagas nowadays…  Here you can find the planet of Tatooine, the cantina scene, and life size models of Darth Vador and Darth Maul. 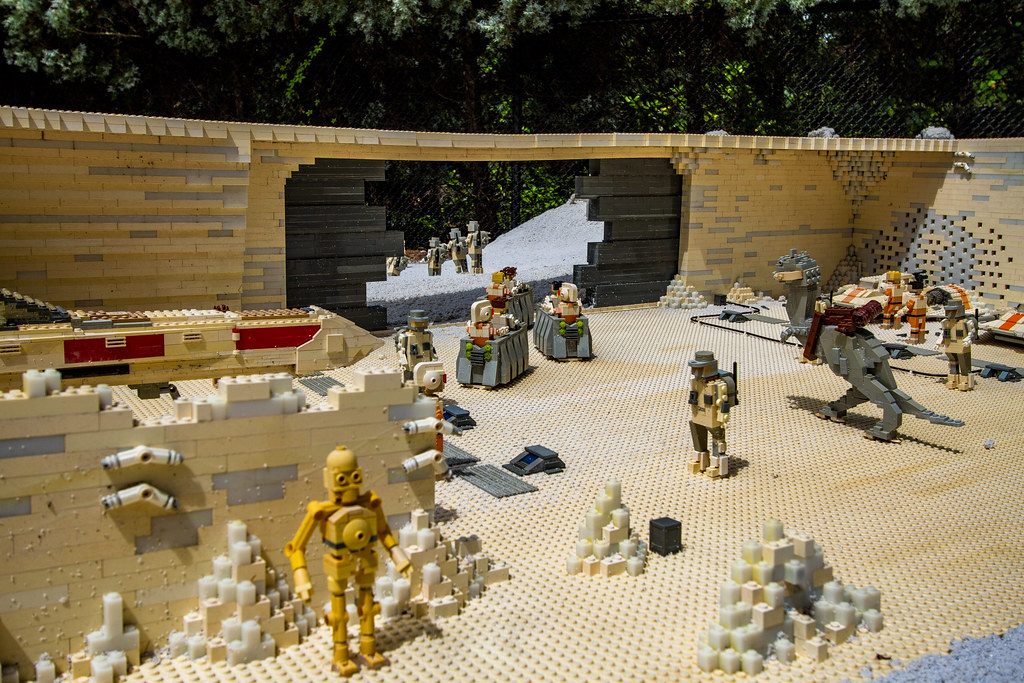 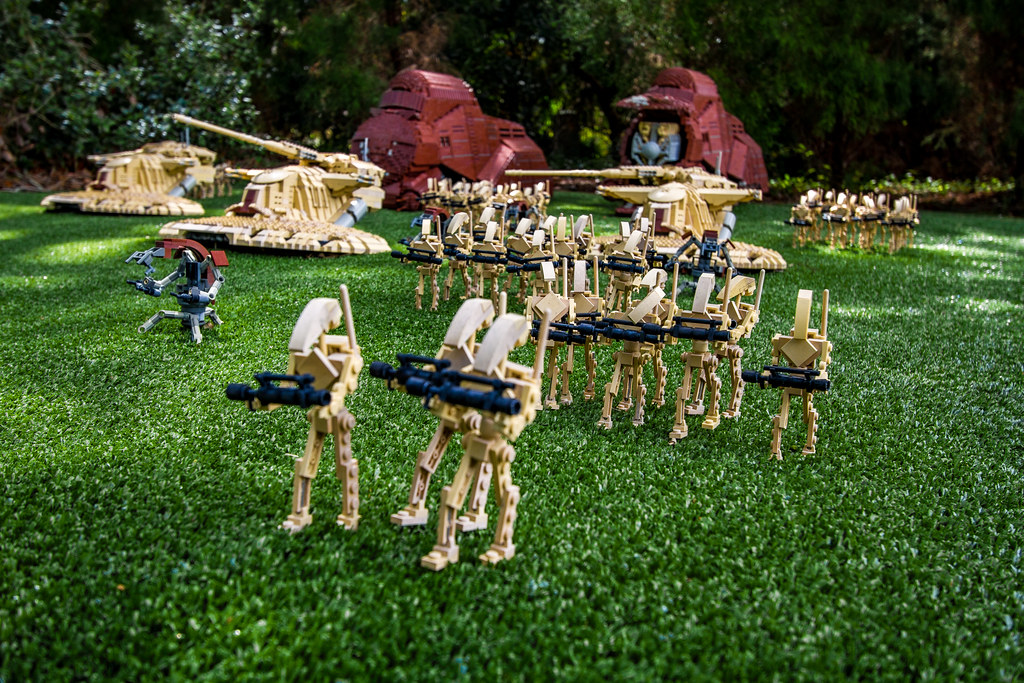 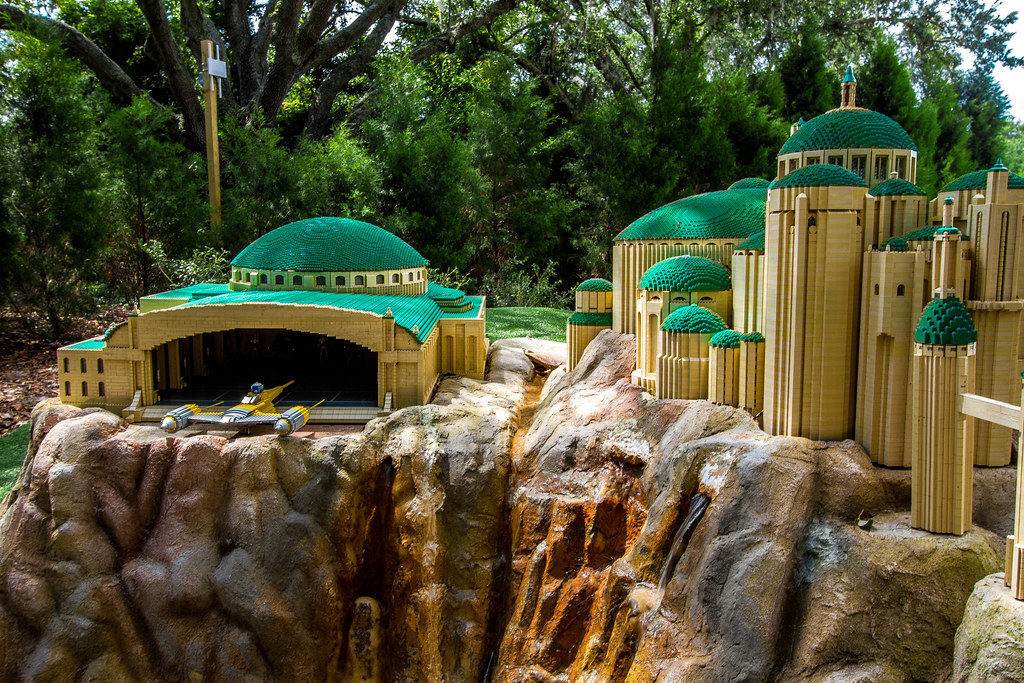 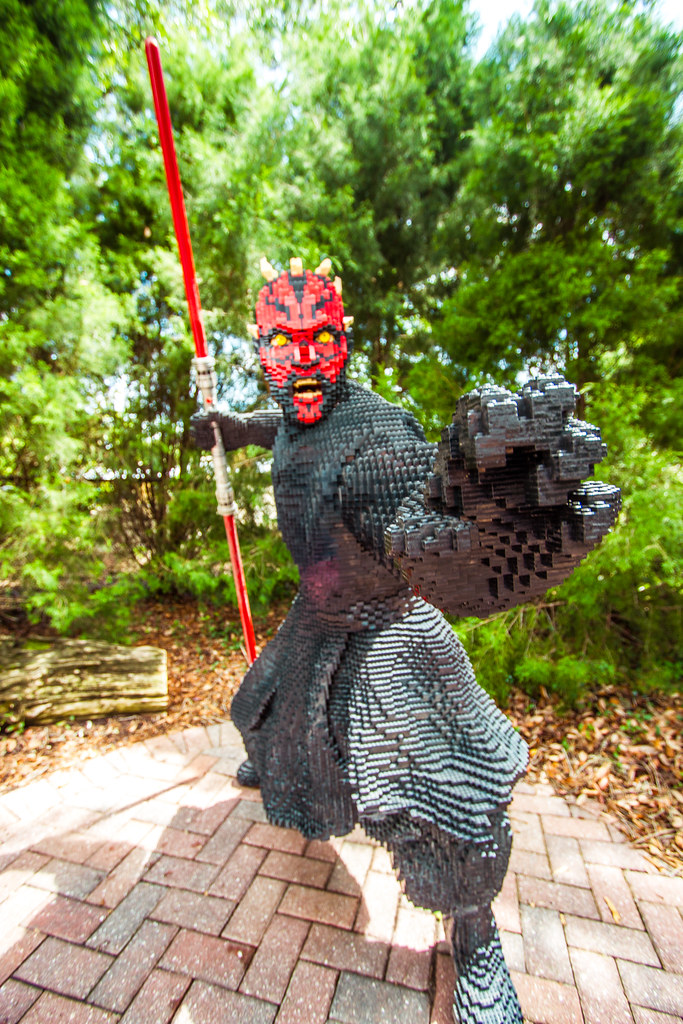 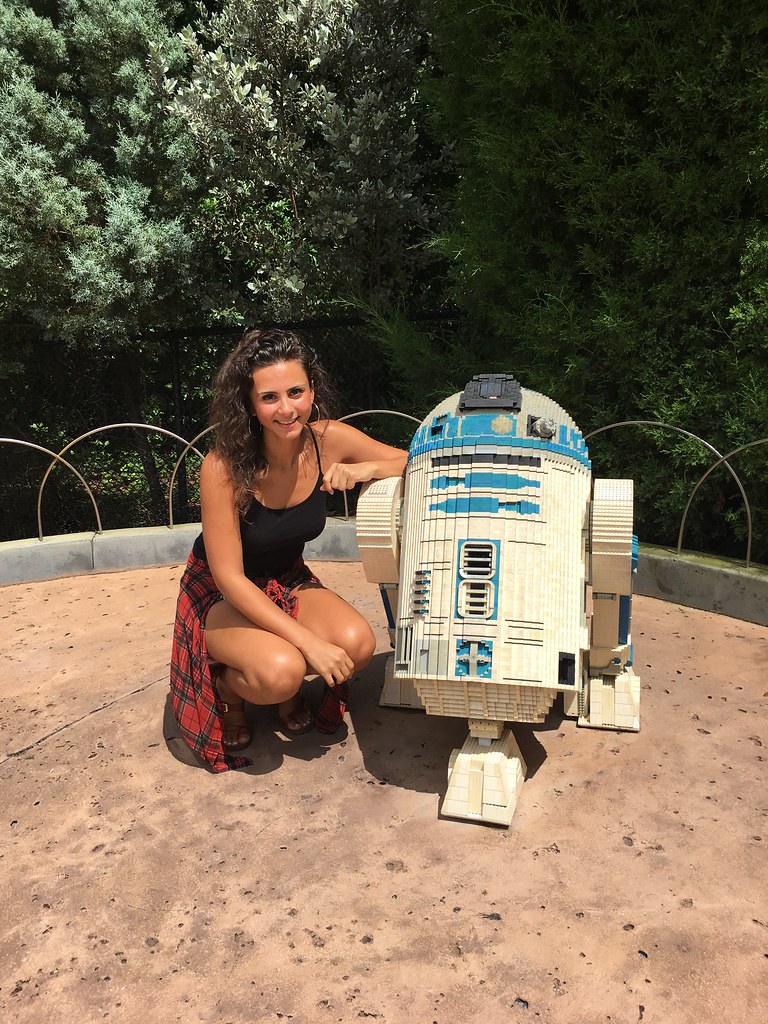 One of our favorite parts of the day was watching the pirate themed show on the lake.  The Lego man characters were a hoot.  Yes, it was cheesy… but in all the right ways.  And seeing those Lego dudes on jet skis alone was worth it! 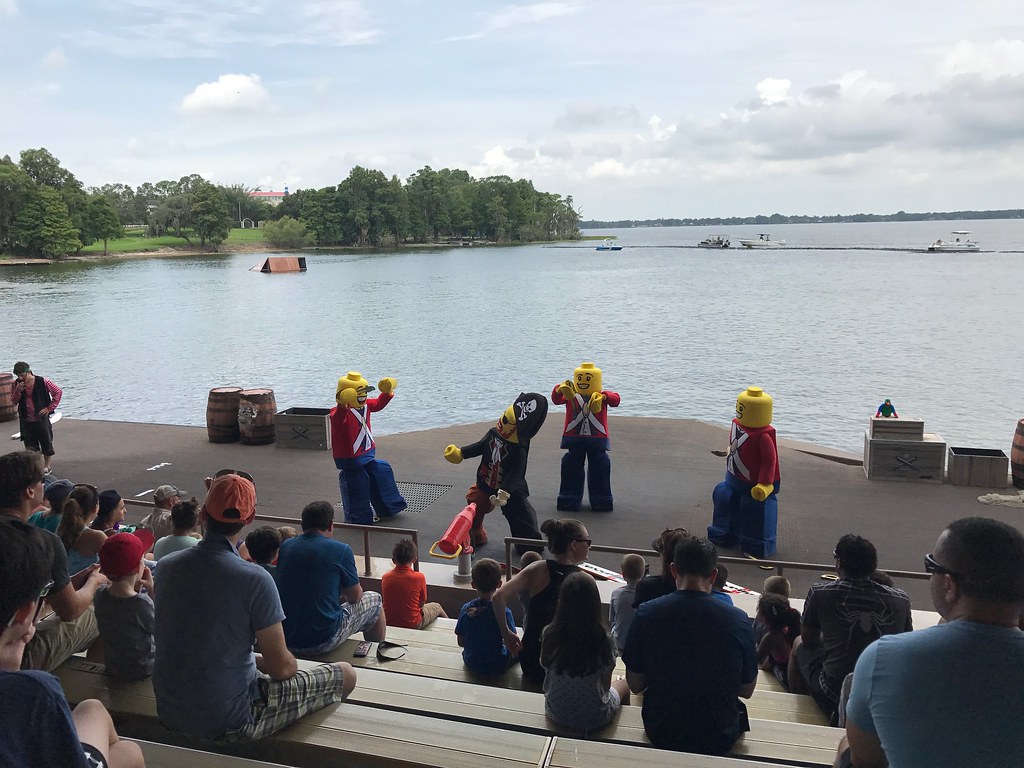 Just beyond the stadium of this show were the Cypress Gardens, which are actually older than the Legoland park.  When Lego bought this land they purchased the gardens as well and incorporated them into the park.  I’m sure glad they preserved this area because they were beautiful!  Made for a nice, peaceful walk away from the crowds.  Although, I have to admit the best part of Legoland was the lack of crowds entirely! 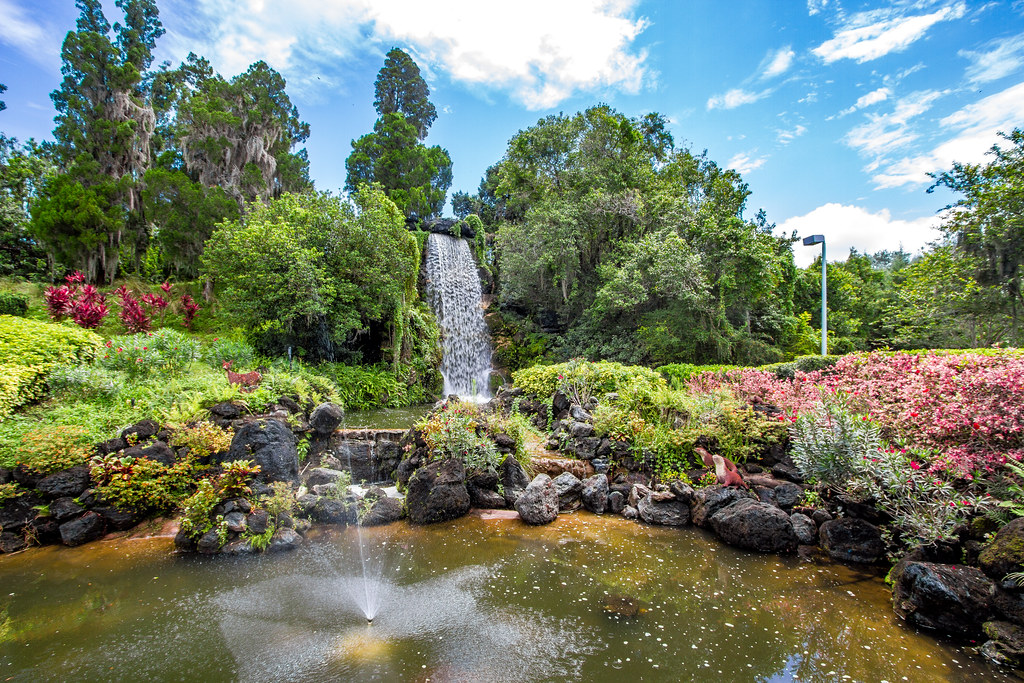 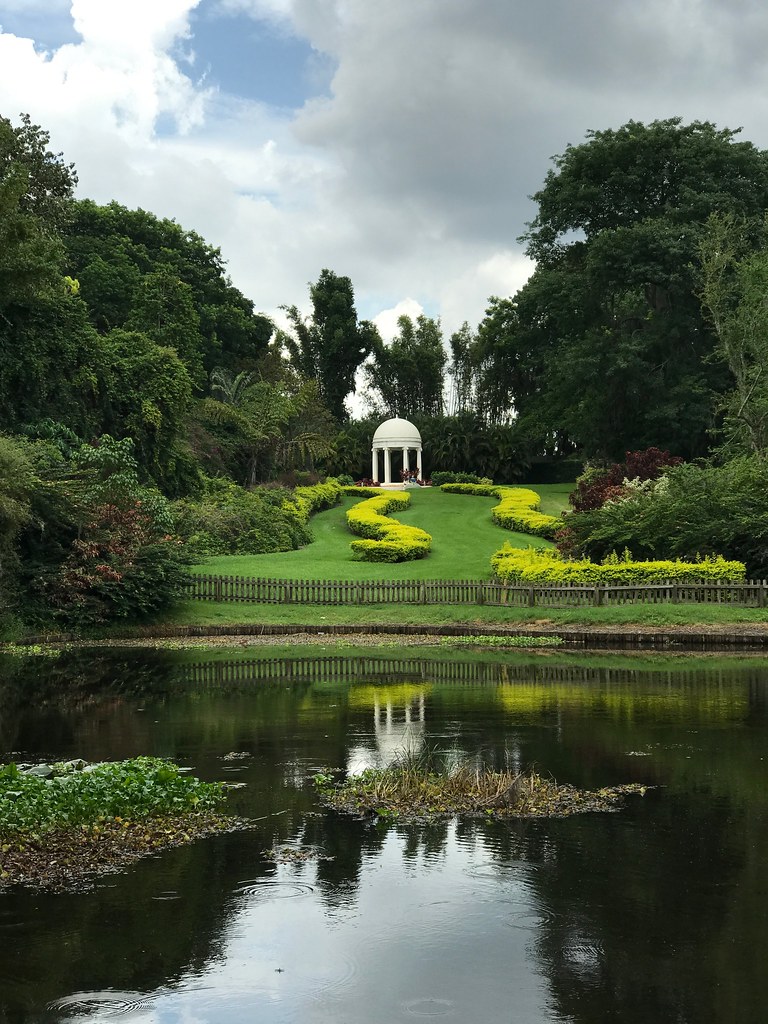 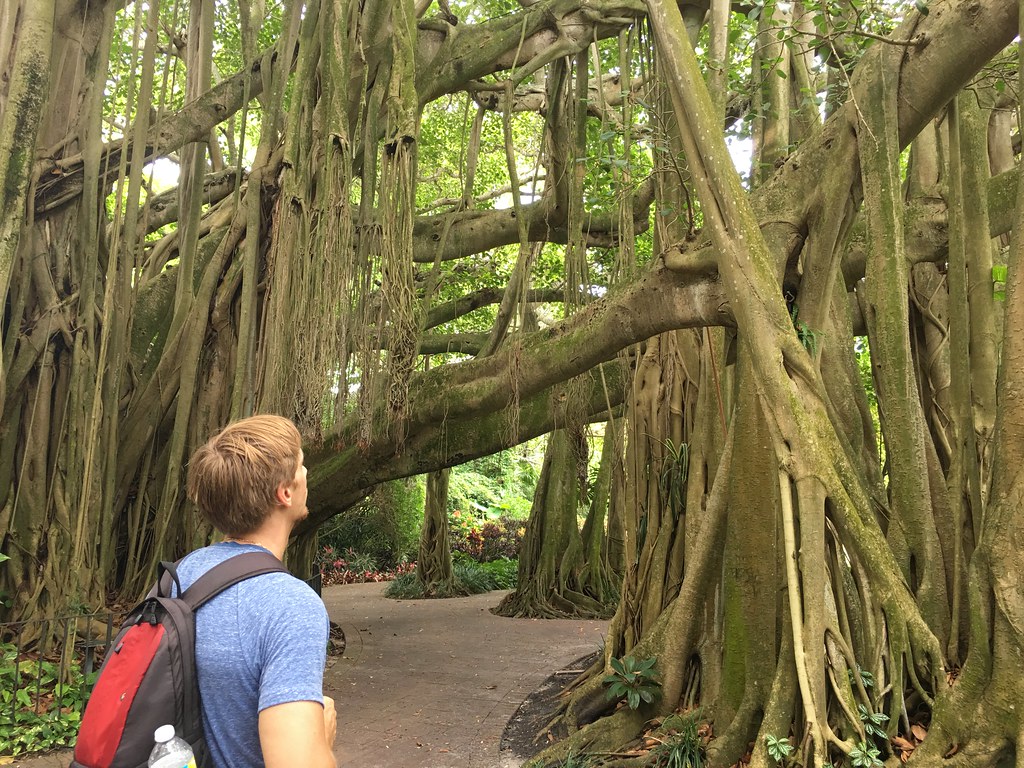 When leaving the park we made sure to stop by the lobby of the Lego Hotel, which was just as themed as the entire park.  While parents check in, kids can play in a pool filled with Legos and leave their masterpieces around the lobby to display!  There was a nice playground area, pool, restaurant, and (our favorite) a wall made of tiny Lego people. 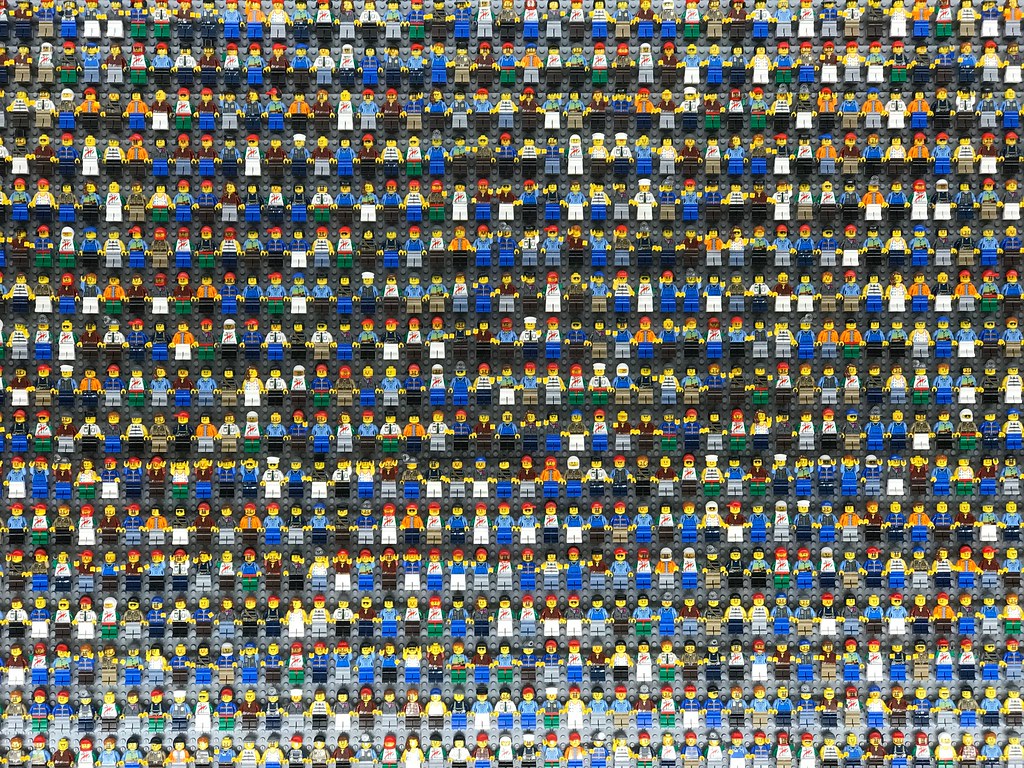