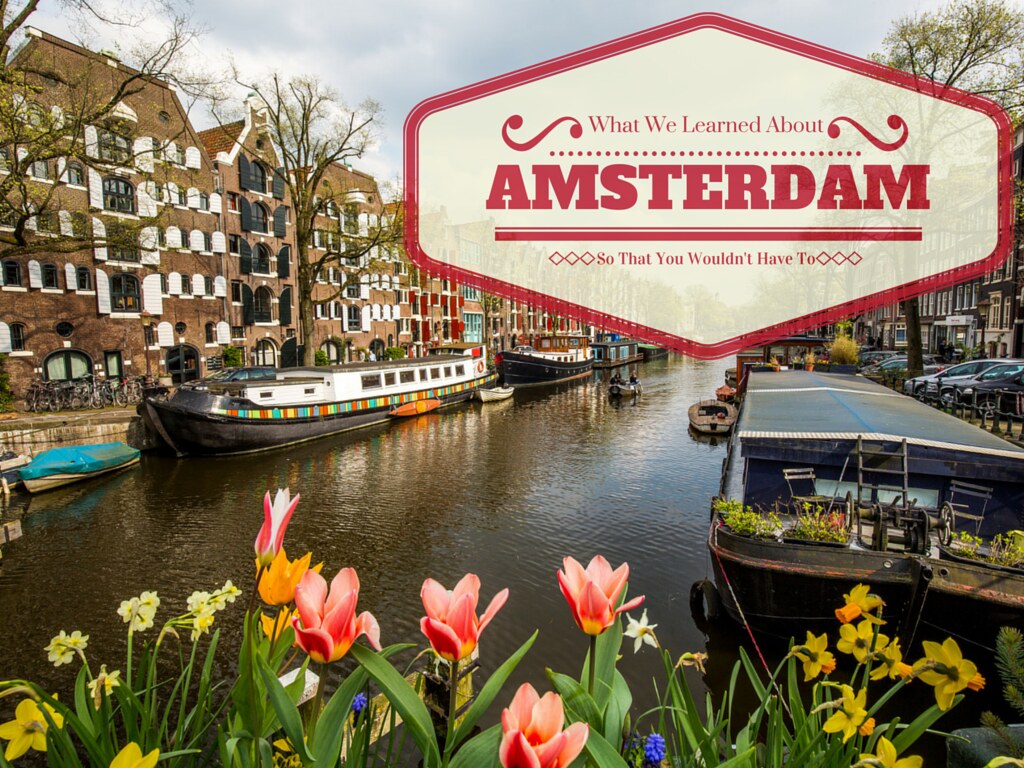 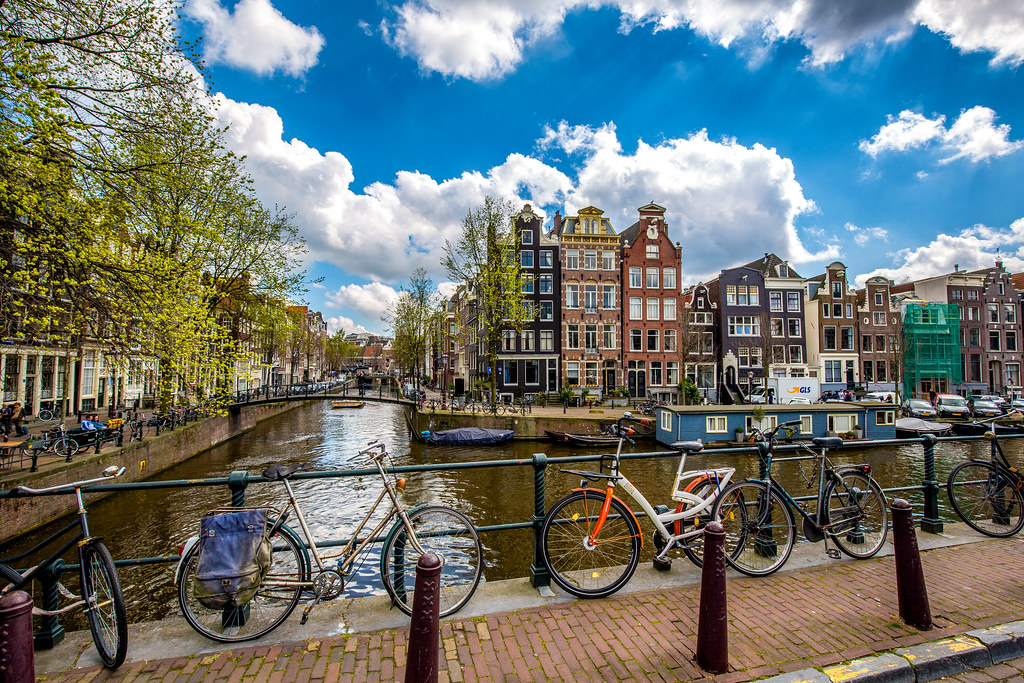 Okay, so I’m going to start with the more known topic of BIKES!  If you’ve done any research on Amsterdam (at all) you’ve probably heard some discussion on the massive hoards of bikes from Hell! Literally, they are everywhere! Crossing the street in this city feels like a game of Frogger. 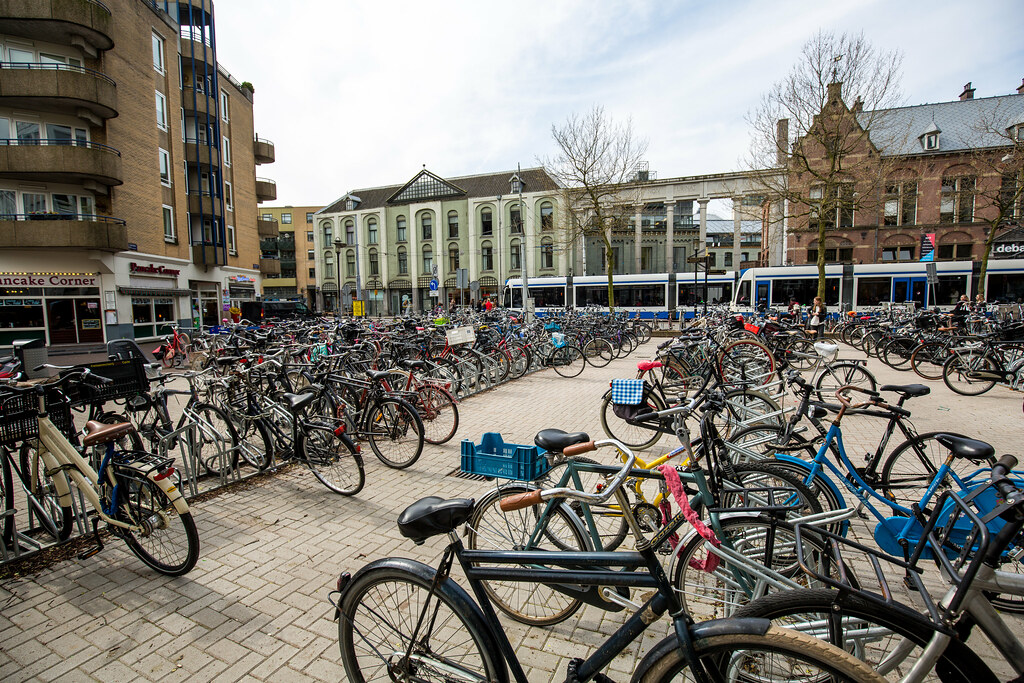 You have bike lanes, car lanes and the metro in the center… Then a few more car lanes and another bike lane before finding refuge on the opposite sidewalk.  Just be aware of these lethal two-wheeled demon spawn, or the last thing you’ll ever hear may be the “bringgg-bringgg” of a handlebar bell. 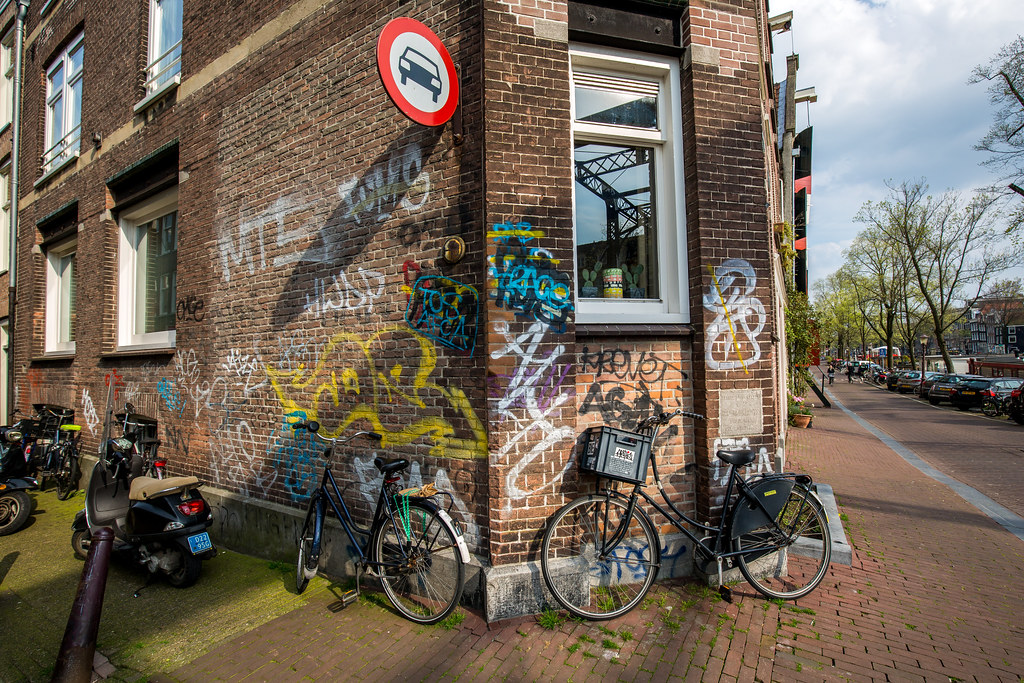 Some locals even transport their offspring in wagons attached to the front of their bikes (shown below).  So for the sake of the babies, the cyclists, and yourself, keep an eye out and have a game plan. 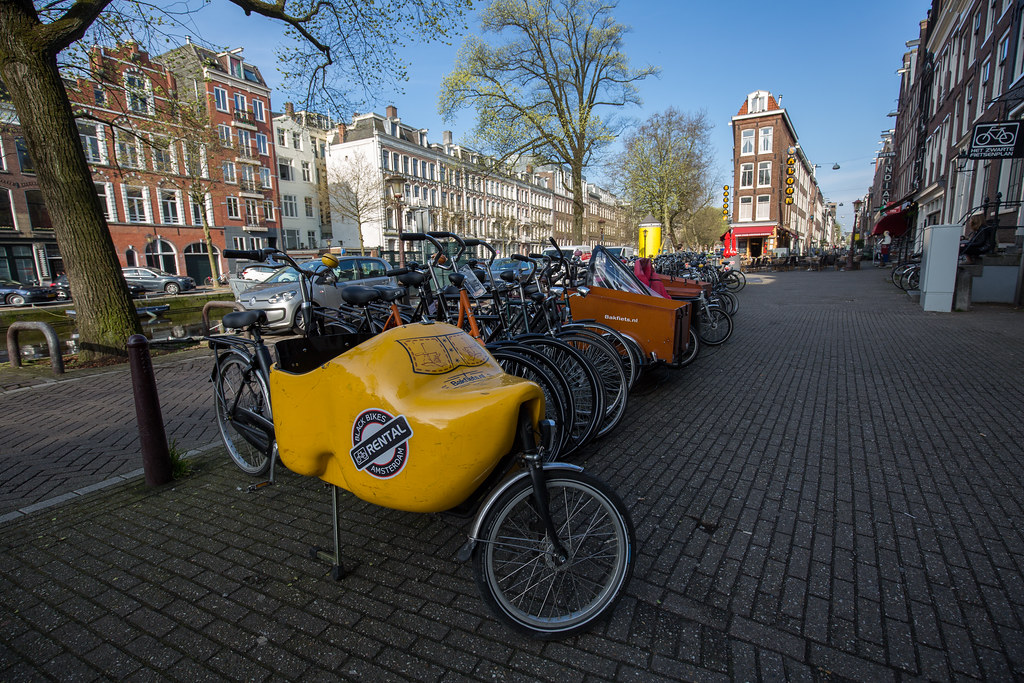 Speaking of locals, not the happiest bunch we’ve ever experienced here in Amsterdam.  I mean, I get it, there are crap loads of tourists that come into your city everyday just for the prostitutes and marijuana.  I can totally see how that would be super annoying, but it’s not as if WE were walking into places “acting a fool.”  Oh, how we are beginning to miss the butt-kissing customer service of America…  I never thought I’d say this, but a fake smile IS better than no smile at all. 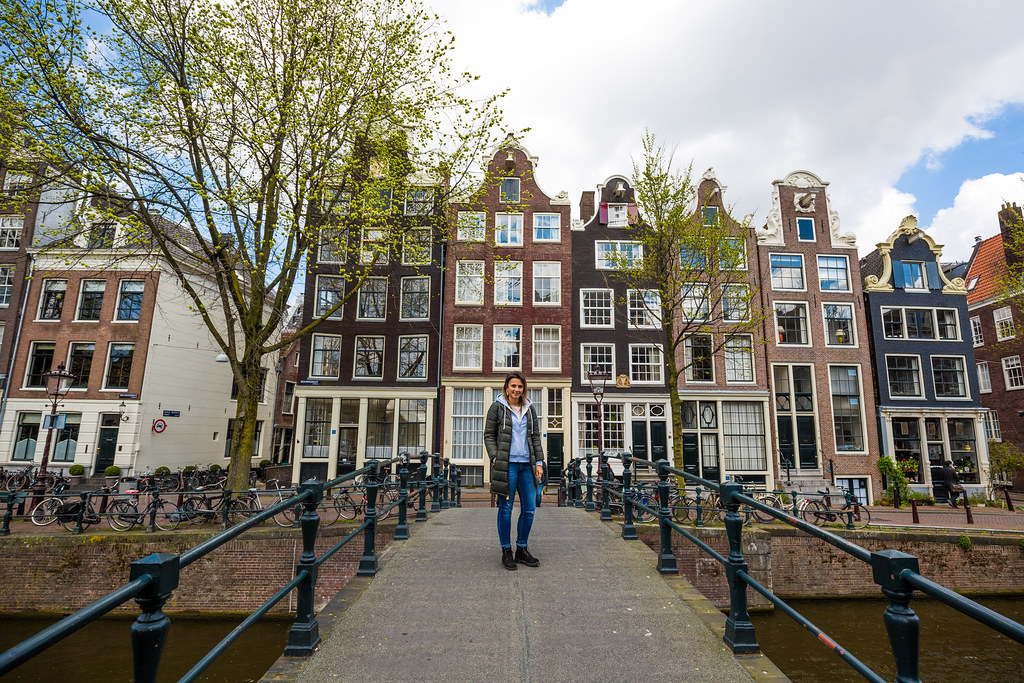 The only time we really interacted with people was to be fed… which was actually a mission in itself.  We usually just go to grocery stores to pick up sandwich supplies- we’re not at all foodies.  But we tried a few restaurants in Amsterdam and our words of wisdom on that subject is this: do yourself a favor and just pay a bit more to treat yourself.  Honestly, everything is going to be expensive, so just settle on something that looks nice. We tried going the cheap route and ended up at the grease-trap that is Pancake Corner. 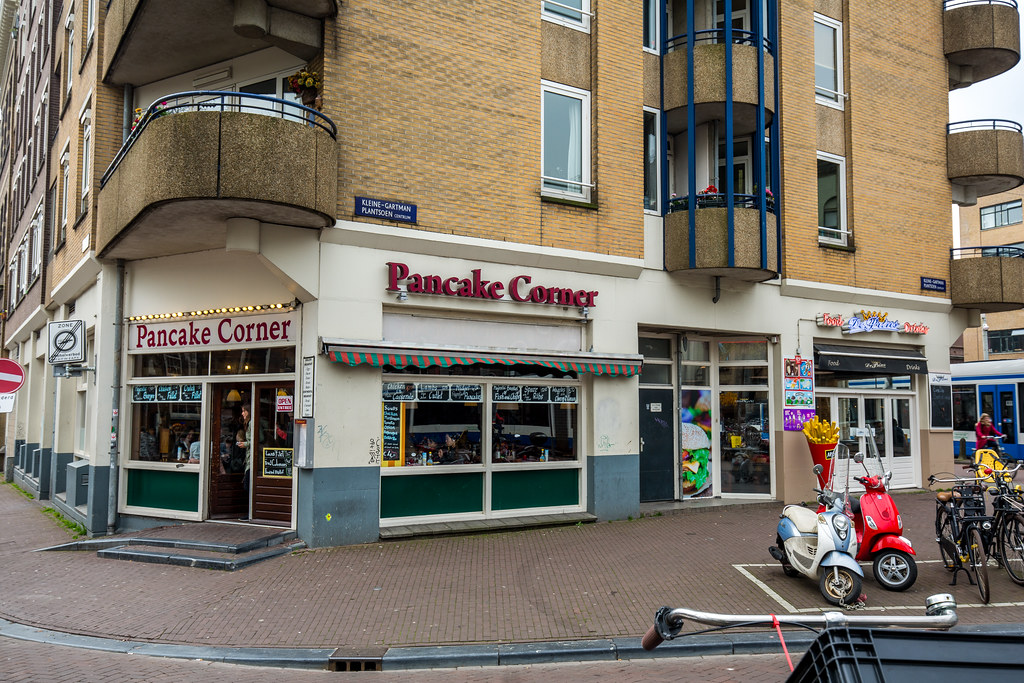 It looked so cute from the outside, but once we made it in we should have known to just turn around.  After listening to our meals prepared with a whole lot of snorting and coughing coming from the kitchen, I was presented with a huge crepe that had been topped with (who knows how old) canned pineapple. 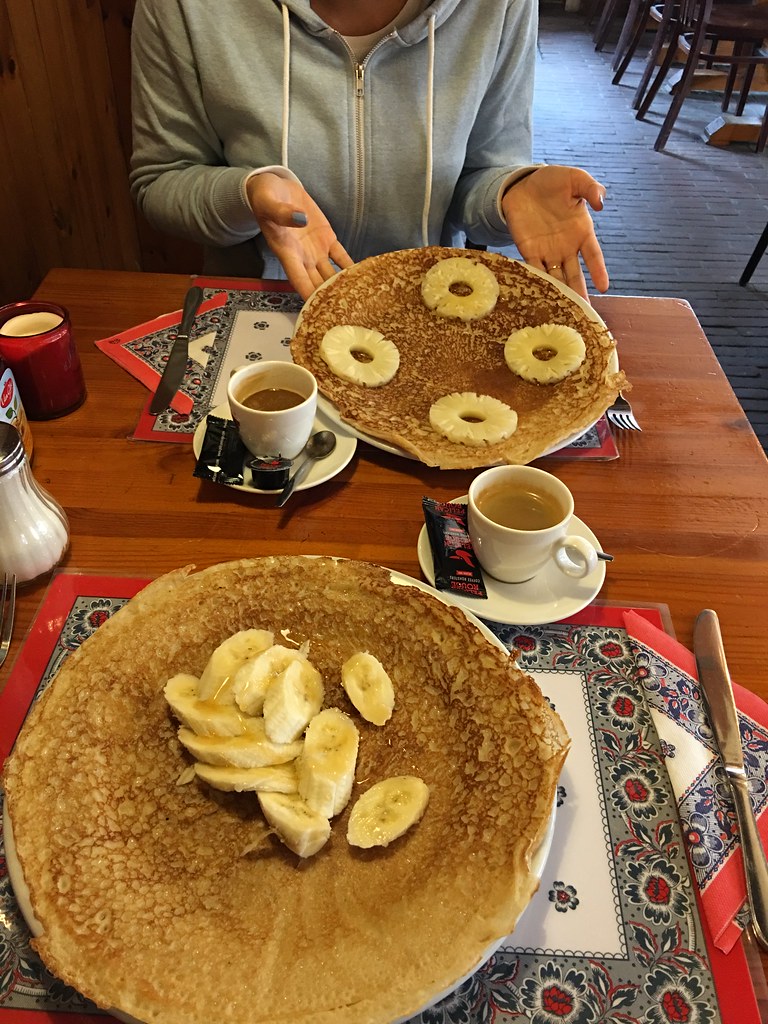 Alright, now that I’ve got that out of my system… Let’s talk about some food we did enjoy.  For lunch one day we went to a place right across from Pancake Corner called Palladium. 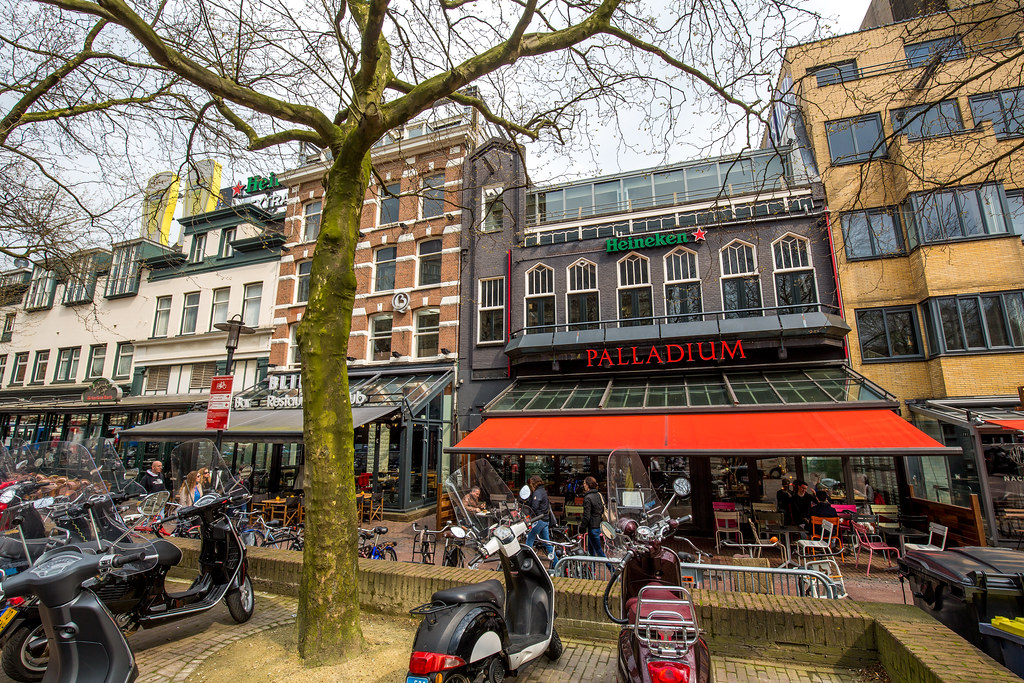 We kept it simple by ordering sandwiches accompanied with “Flemish fries” and Heinekens- we were overall impressed.  This is also where we had the most smiley waiters out of anywhere else on the trip. 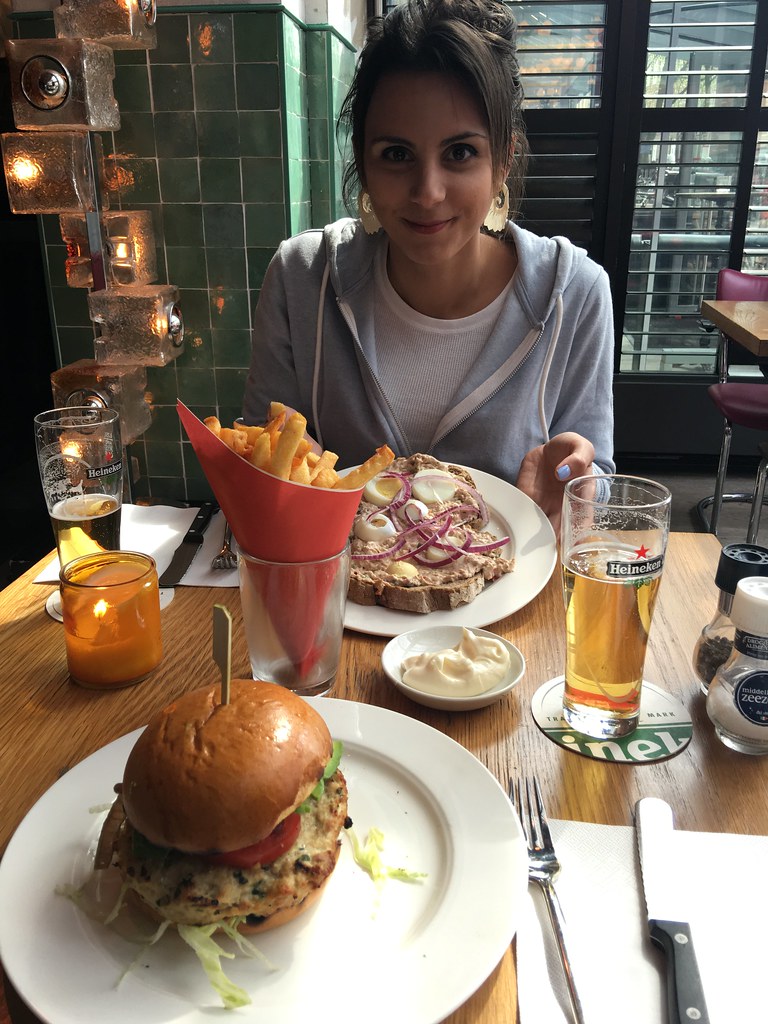 ALSO! Everyone needs to try these cookies!  Trust me, when you see Stroop Wafels, buy them!! 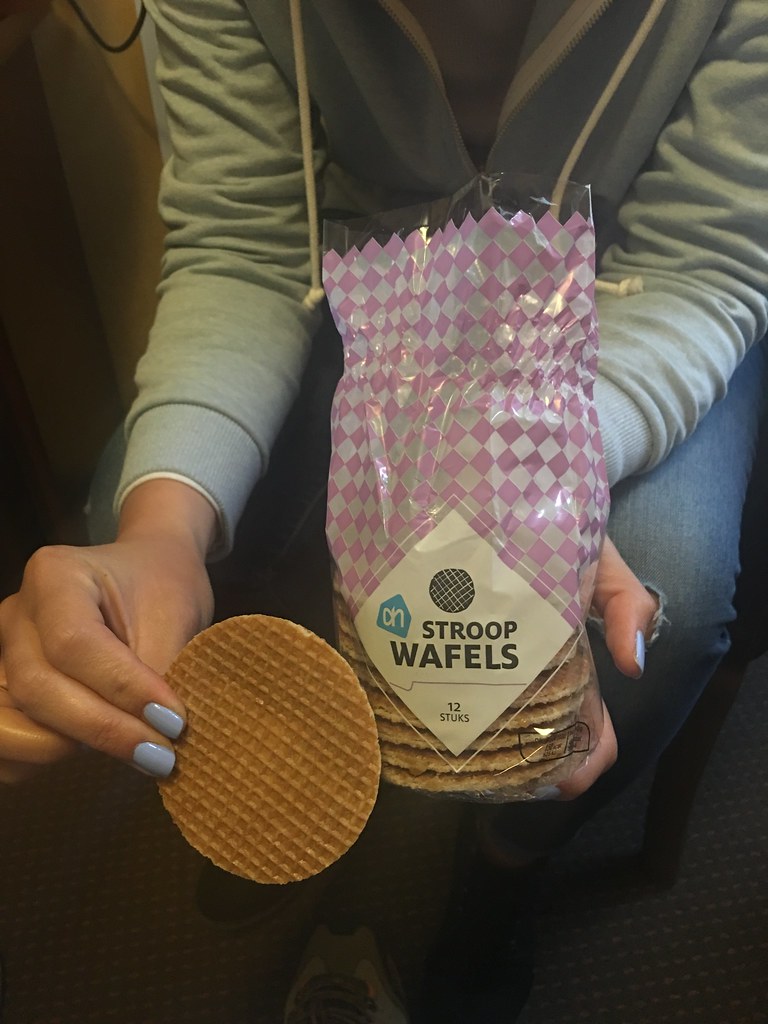 If you are at all familiar with the art world, you will know how many Flemish people have affected it throughout time, some of my favorites I had seen in Brussels (Bosch and Bruegel) before getting to Amsterdam- but there are plenty of other big names that have come out of the Netherlands that I had to see the work of while I was actually there. 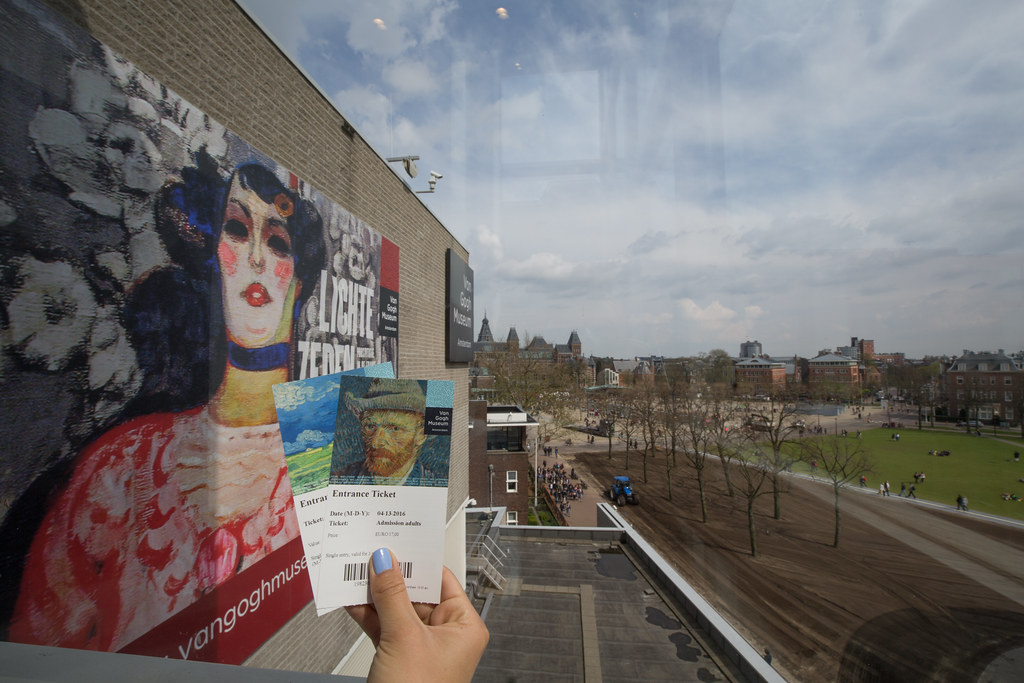 The most popular being Vincent Van Gogh, whose museum Fabian called the “Hall of Selfies.”  Which was a pretty spot on observation, there are a ton of self portraits in there, but it was so interesting to see so many side by side- to notice how Van Gogh’s style developed over the years. 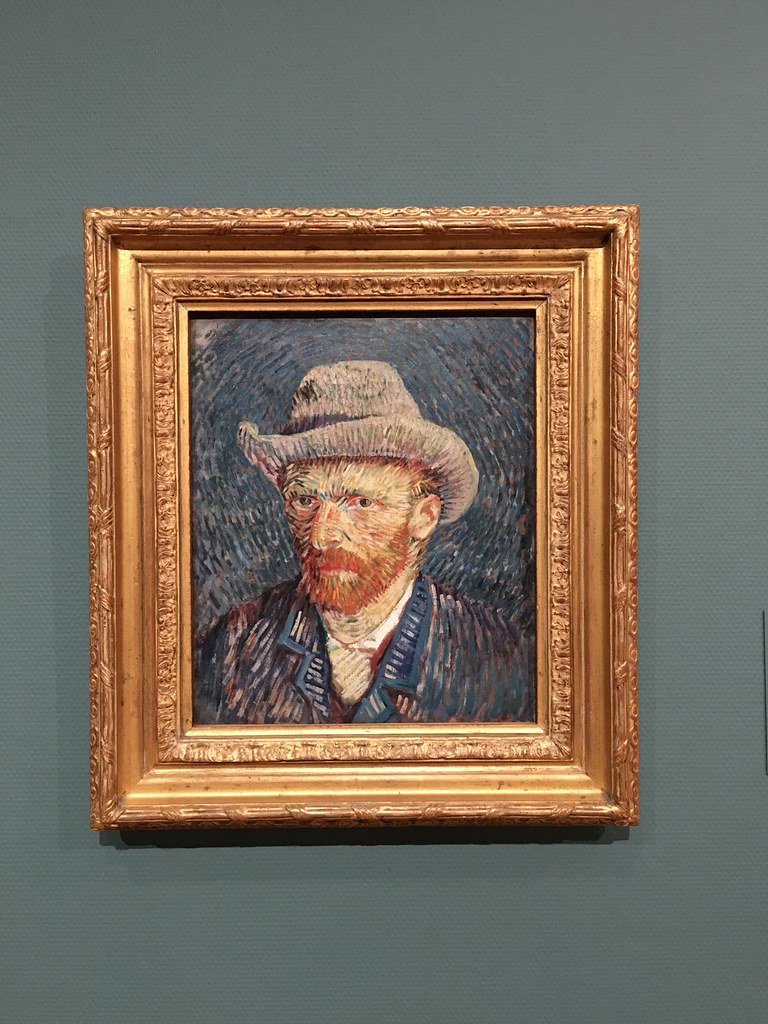 Of course, the story of his life was a sad one, but it was nice to learn more about him on a personal level, especially the relationship he had with his brother Theodore. 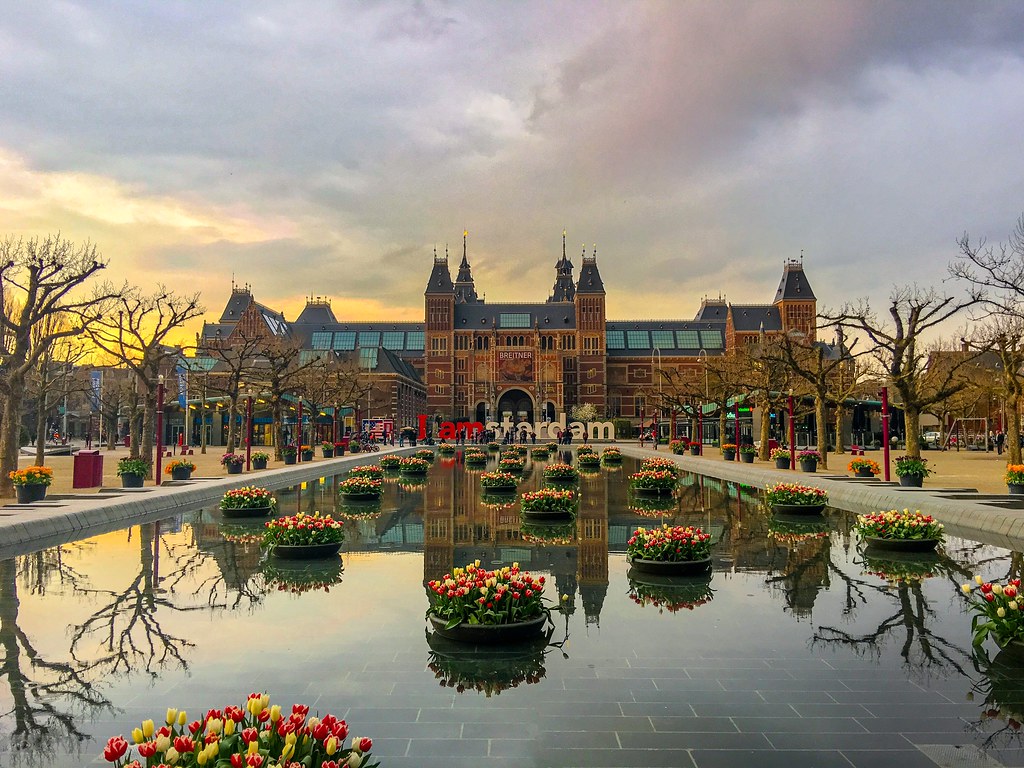 If I haven’t already convinced you, know that you NEED to spend some time at one of the amazing museums Amsterdam has to offer.  My personal favorite was the Rijksmuseum which held a nice collection of Rembrandt’s work, including Night Watch.  We even saw Vermeer’s Milkmaid.  Art was my major in college so I was nerding out all over the place (but not as much as I was later in Paris). 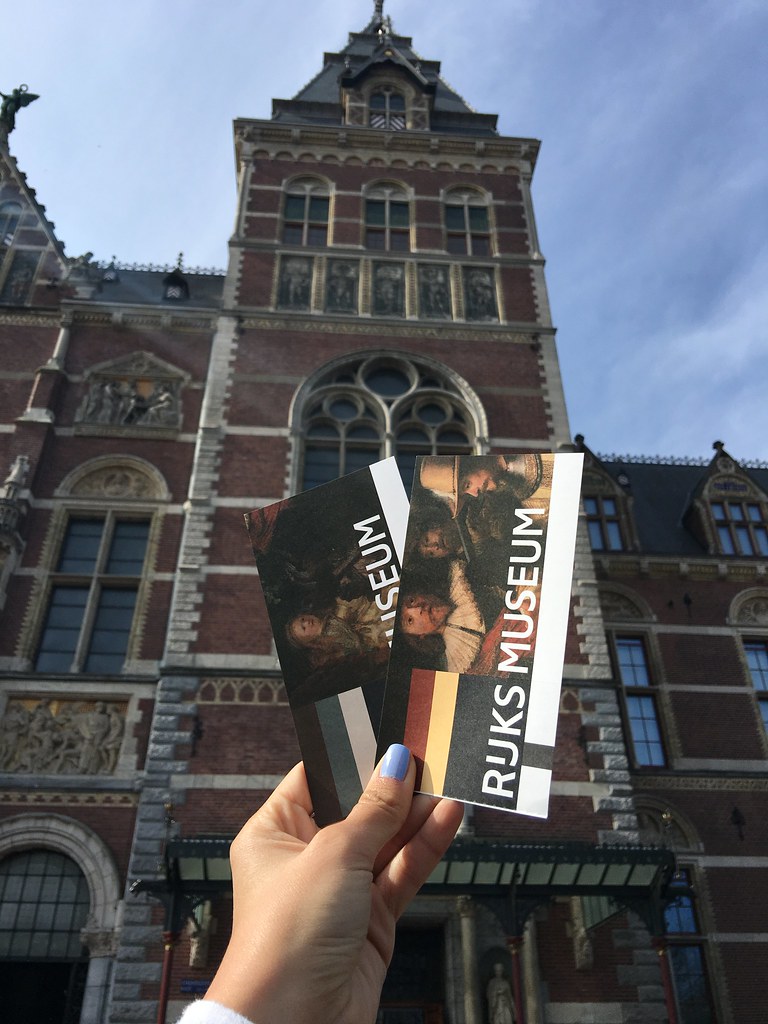 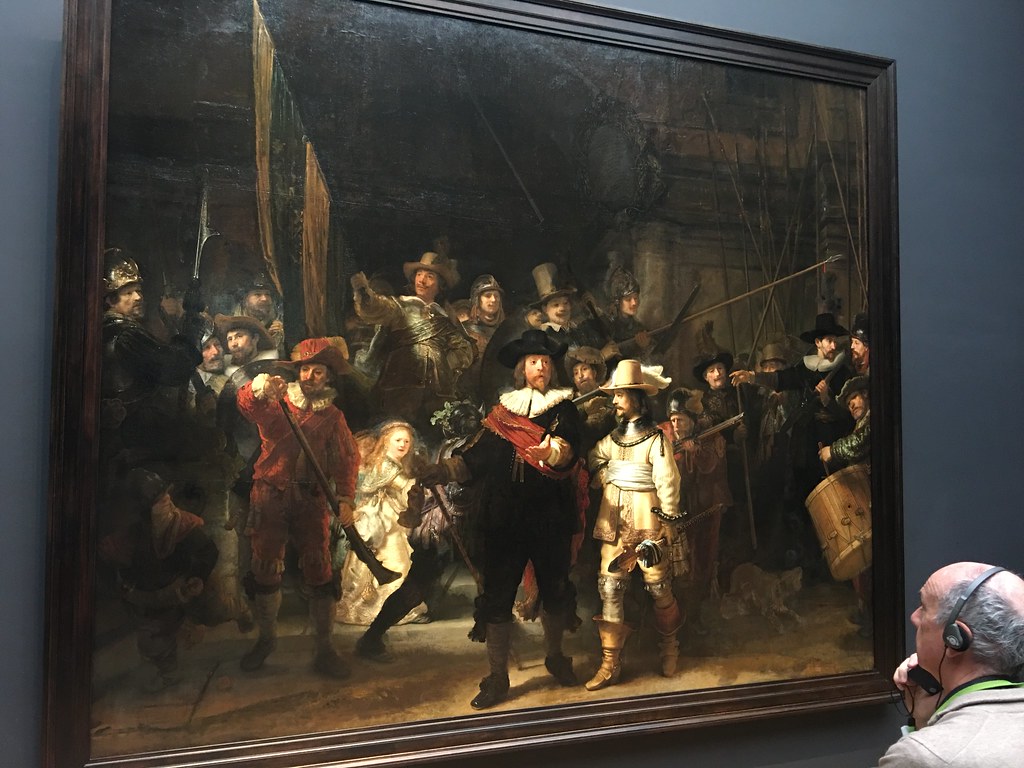 The area surrounding the museum was just as perfect as the inside, a park full of active people, beautiful gardens… 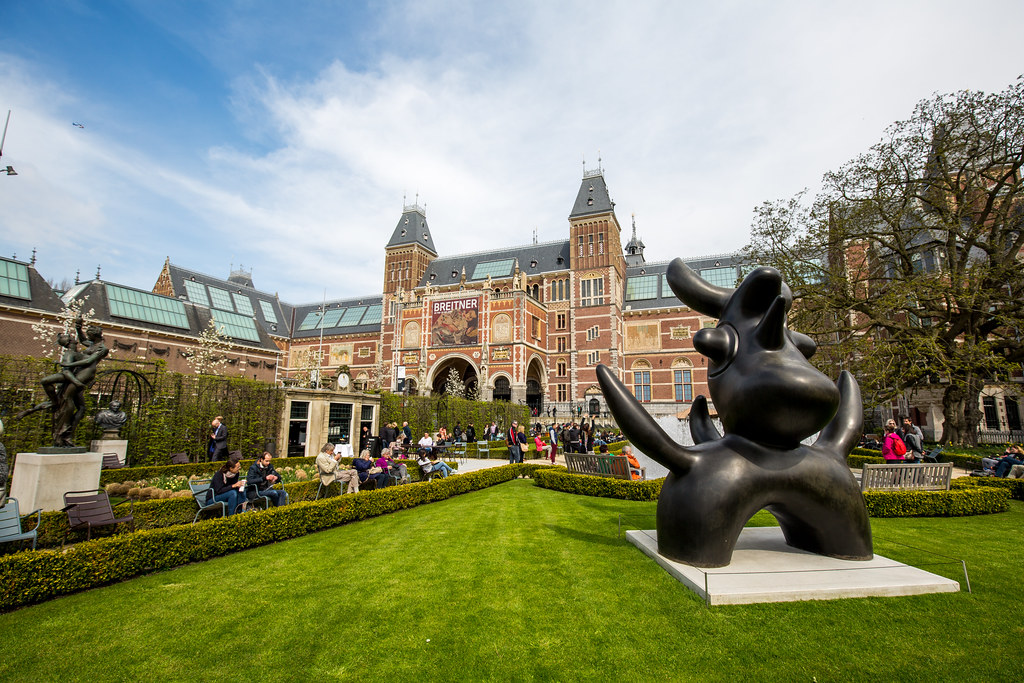 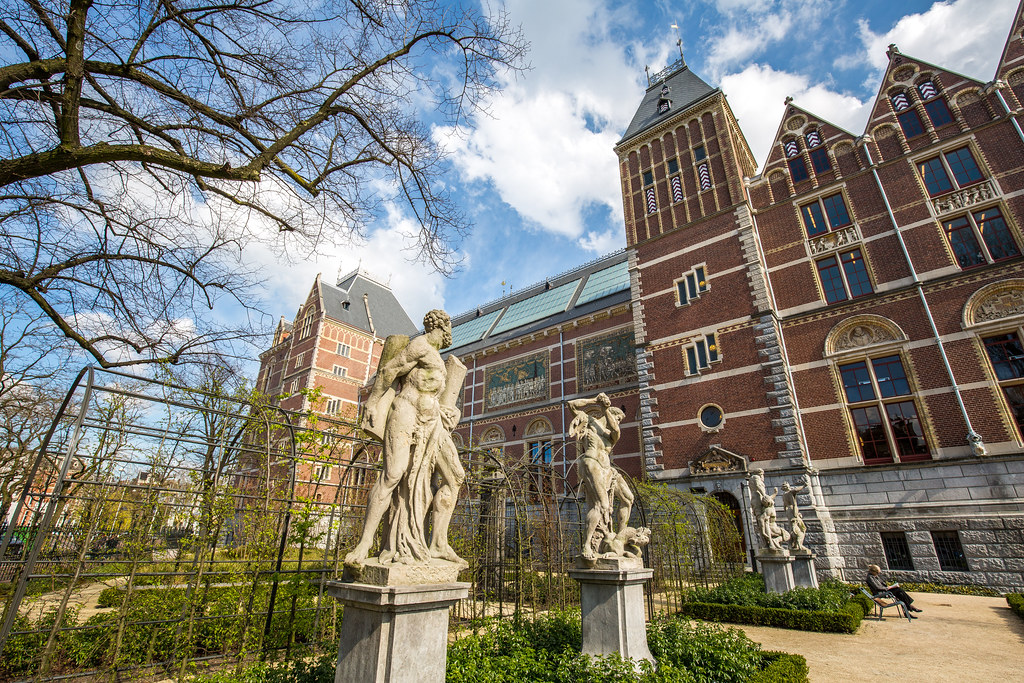 And my favorite spot in the entire city: the tunnel going through the museum. 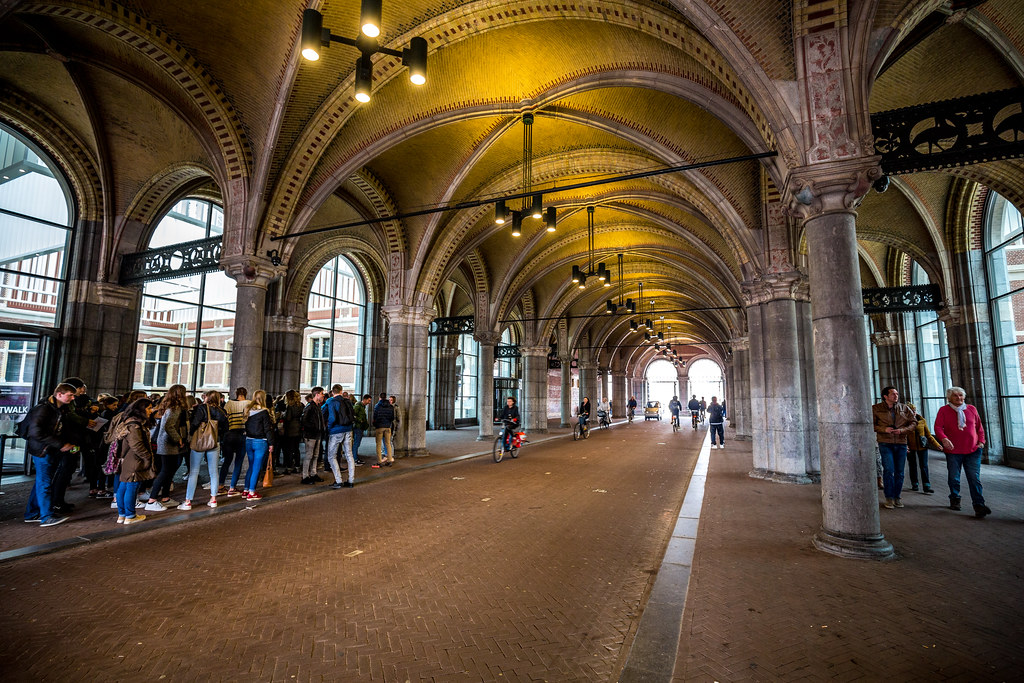 There were street performers… Well, more like street orchestras playing classical music here that echoed from the vaulted ceilings and I felt like I was in a painting or a fairytale.  I probably could have spent the full three days we were there in this tunnel, and I would have been perfectly content. 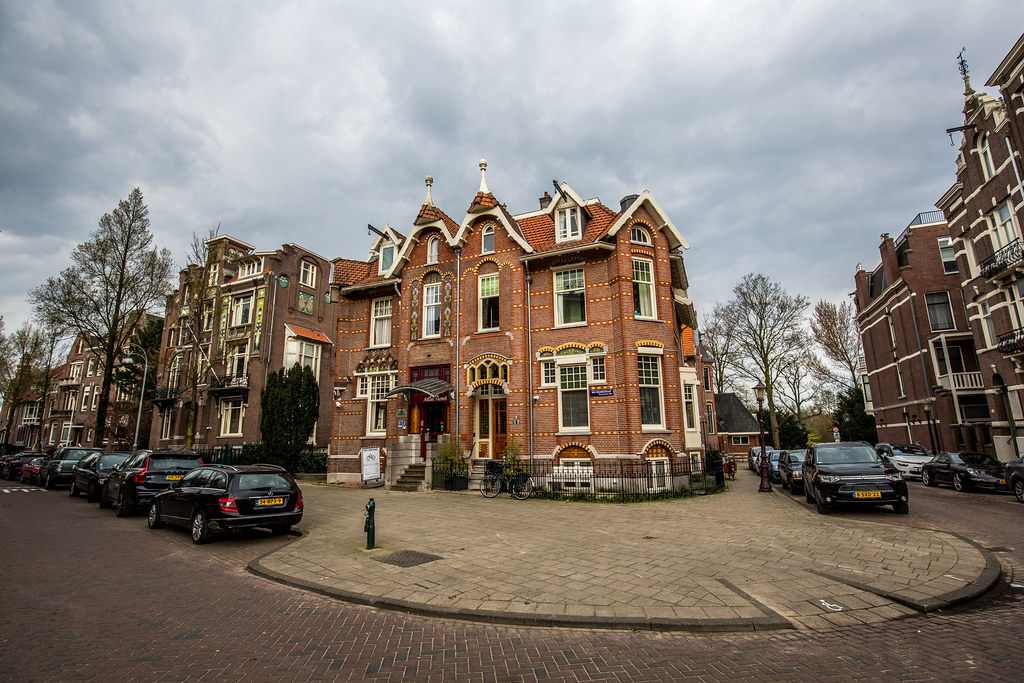 Our other favorite spot to hang out during our stay was Vondelpark, right behind our hotel (Hotel Atlas – shown above). 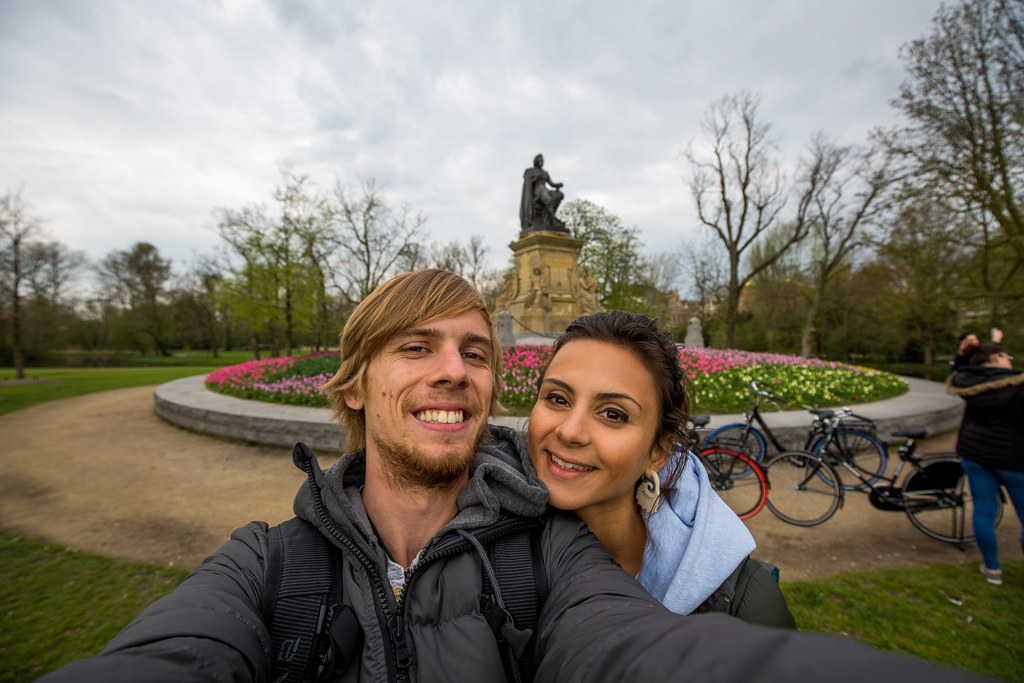 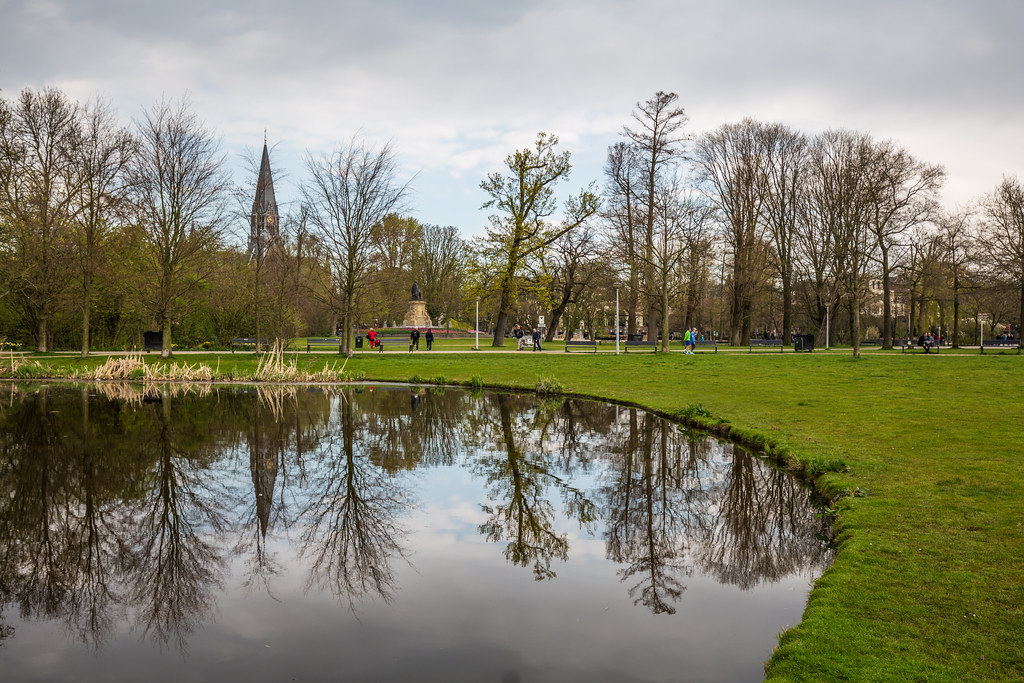 Gazebos, hollow trees, tulips in every color, tiny dogs!!  Everything was pretty magical here, what more could we ask for.  Made for great morning strolls, we totally recommend staying in this area- a lot less touristy than around the train station (shown below). 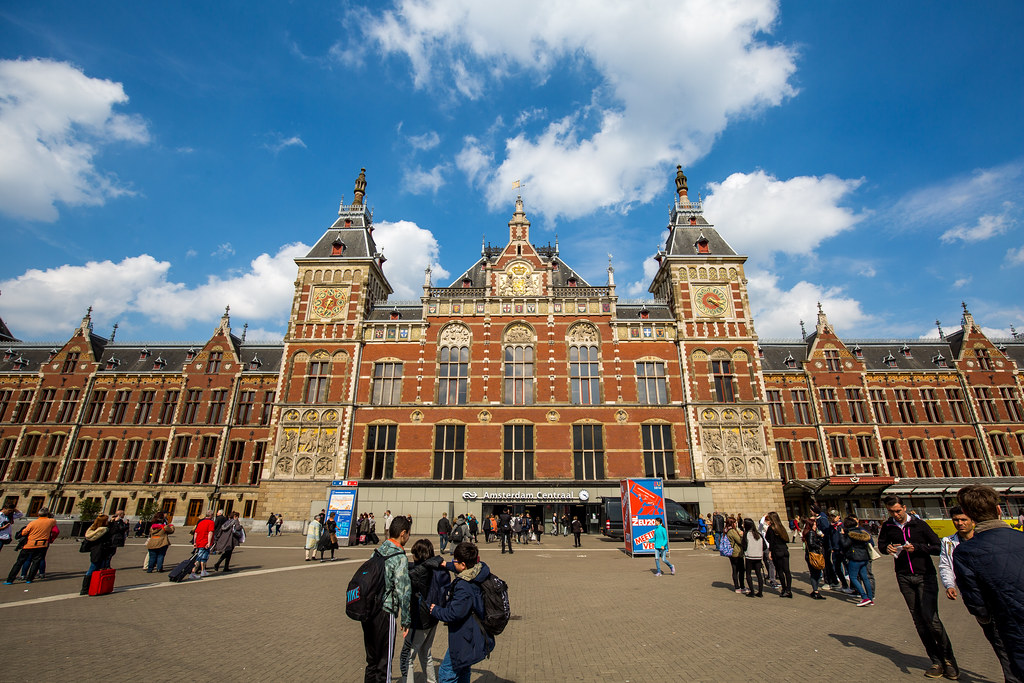 Amsterdam wasn’t exactly what I expected and I hope this article will help anyone planning a future visit – I hope that the beginning of this article won’t scare anyone off, just a few things to be aware of.  The Netherlands as a whole truly is an adorable country!  Know that you will leave this place with a new appreciation of Flemish culture, art, and architecture… As well as an irrational fear of bikes, just as I did. 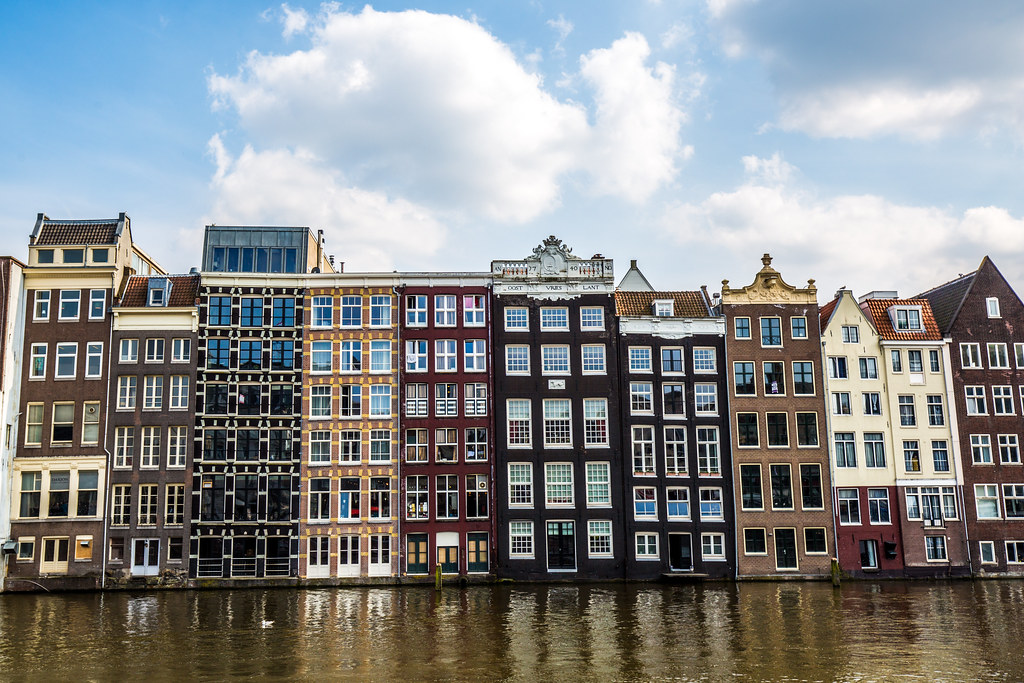